PD has traveled far. Australia is a huge far-flung place, hilariously portrayed by Terry Pratchett in his book, "The Last Continent". A lot of what is written there is true if you go to the right places. Avoid the large cities and you will find a different place with friendly people. 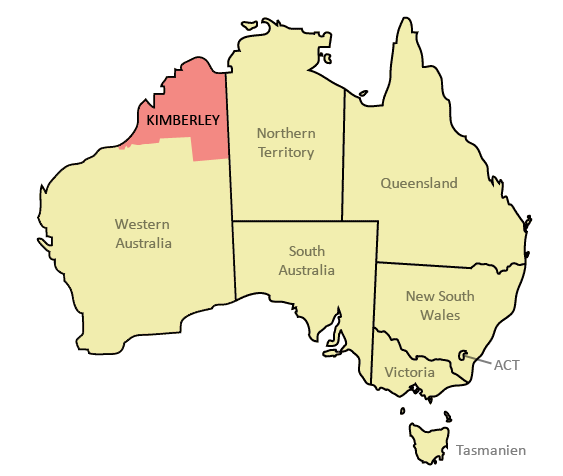 People's perception of Australia is what they call the "outback" - the vast desert areas that cover a large portion of the country. There are surprising parts to this, one particularly different and beautiful area is in the northwest of the country, known as "The Kimberley". This area has spectacular gorges that can be accessed from the sea. They are wide enough for large boats to enter. 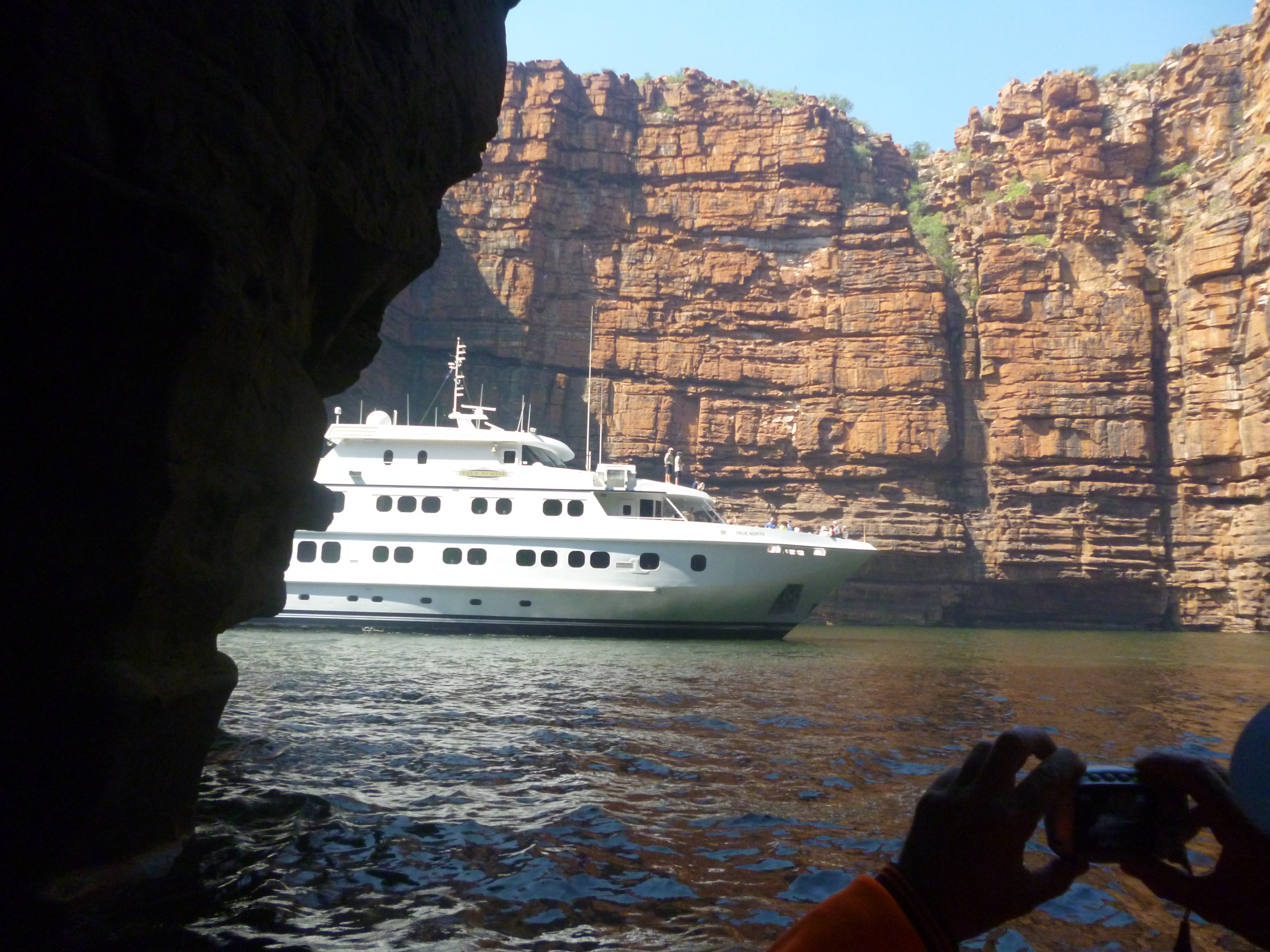 Some gorges have spectacular waterfalls. 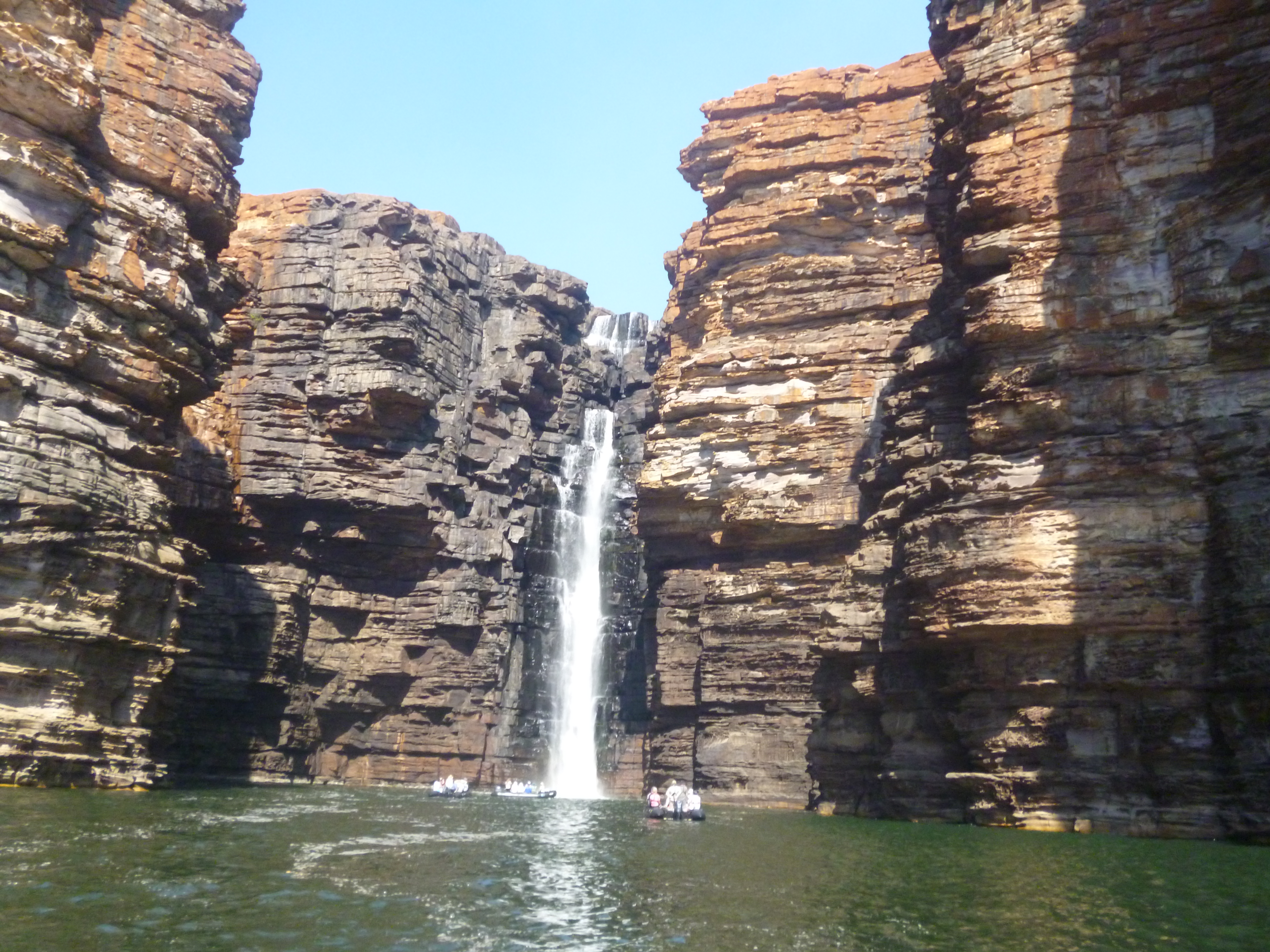 There are inlets and rivers with mangroves - densely packed trees that grow out of the sea water with large exposed branching roots that make navigation through them almost impossible. 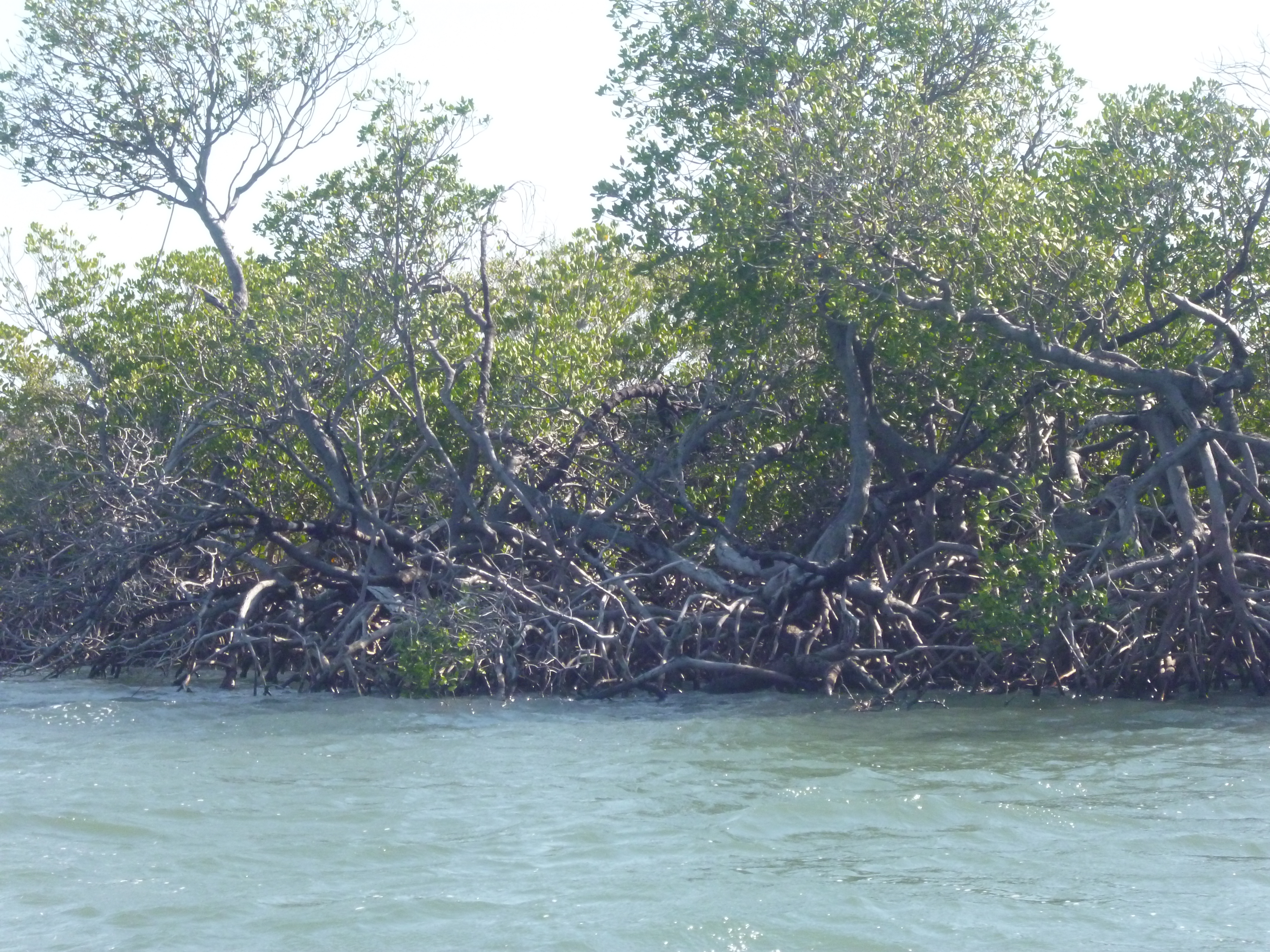 The waters are clear and inviting, but like much of the country, are full of dangerous creatures, in this case crocodiles that do not hesitate to kill anyone foolhardy enough to be enticed into the water (there is a small number of safe water holes - read signs carefully). 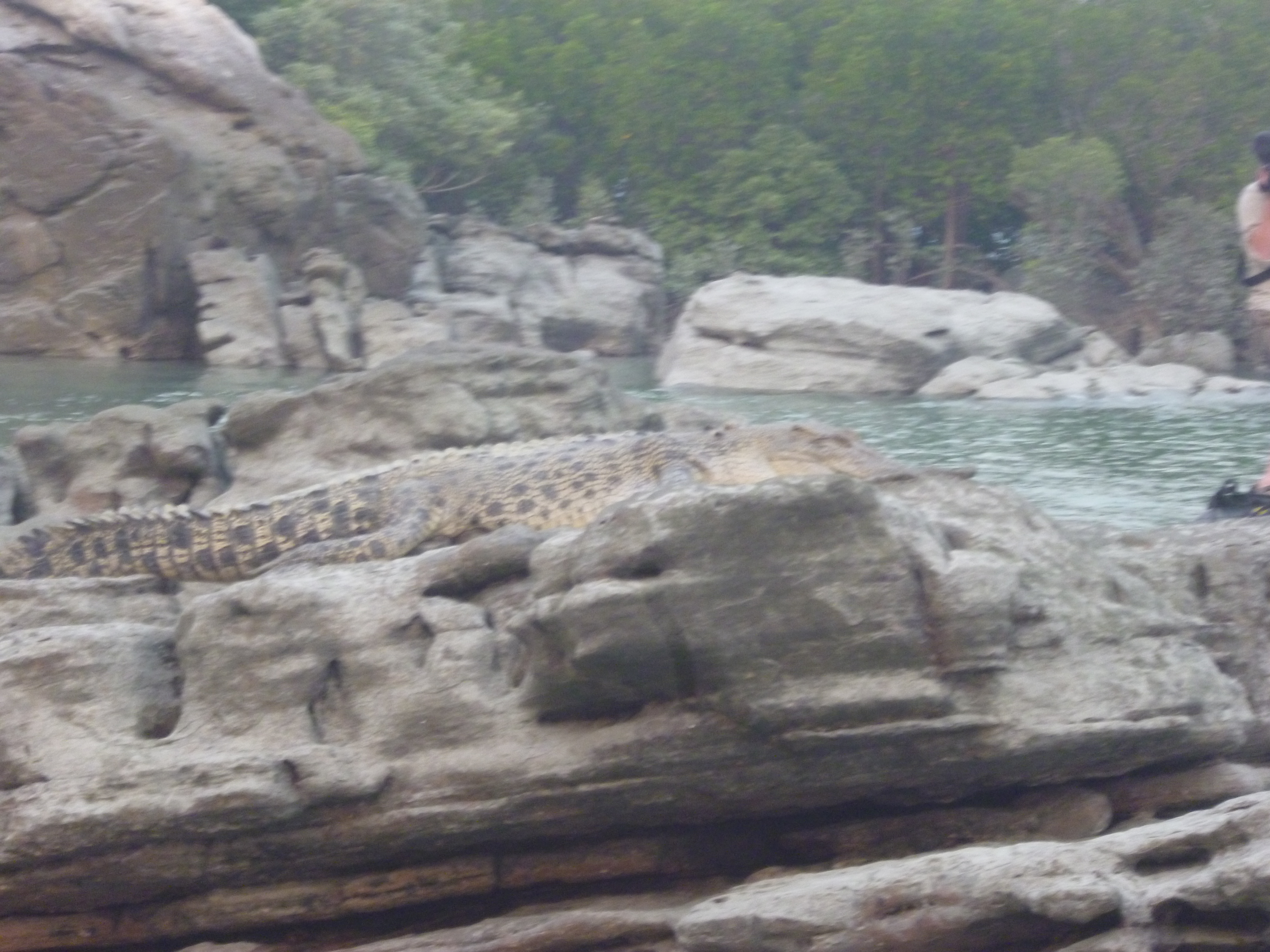 (Look carefully at the photograph - a crocodile sunning on top of the rock. Do not be fooled by their lazy appearance - they pounce at great speed, easily outrunning a person).

Of course there are also friendly creatures, such as birds and dolphins. 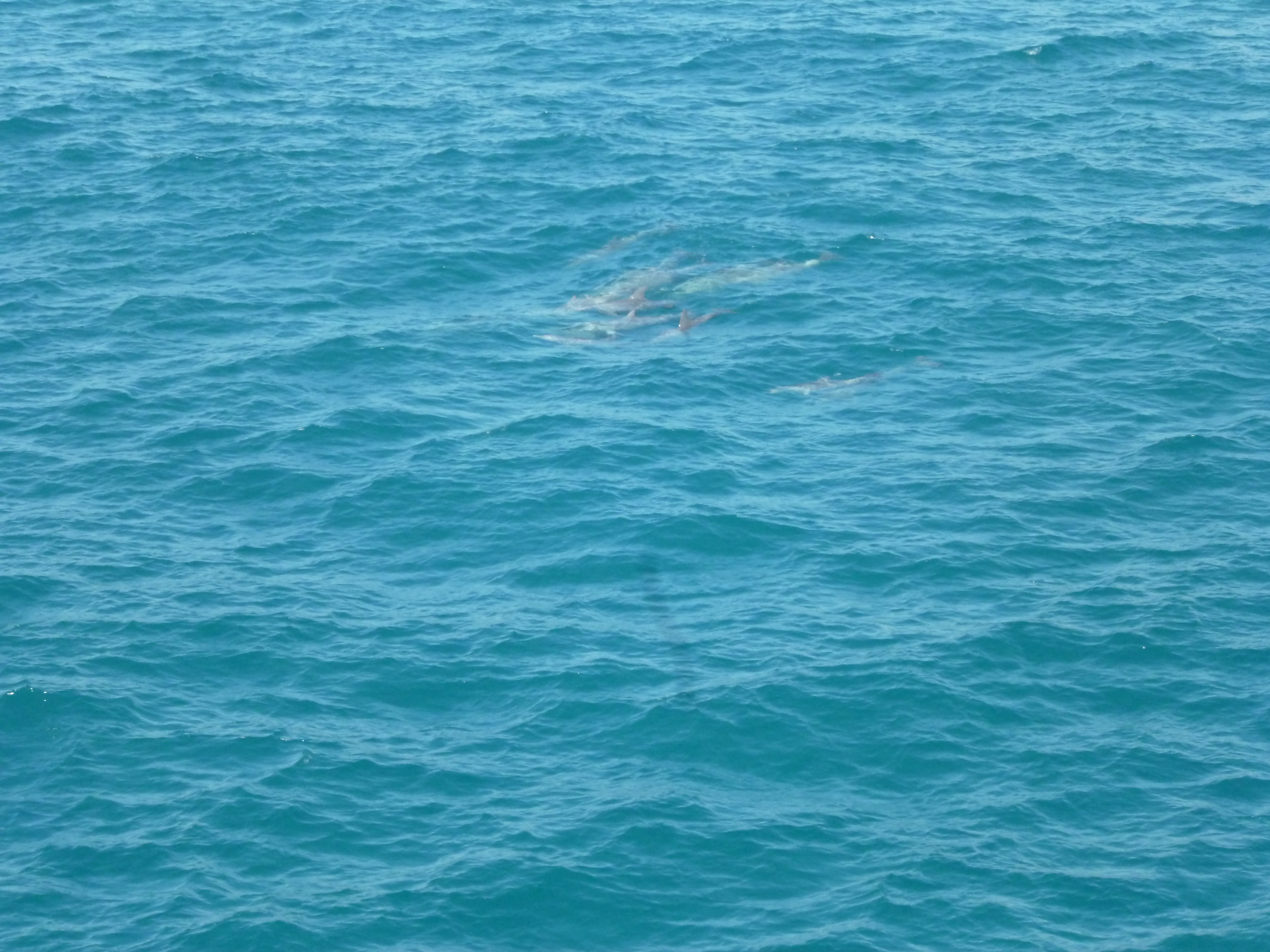 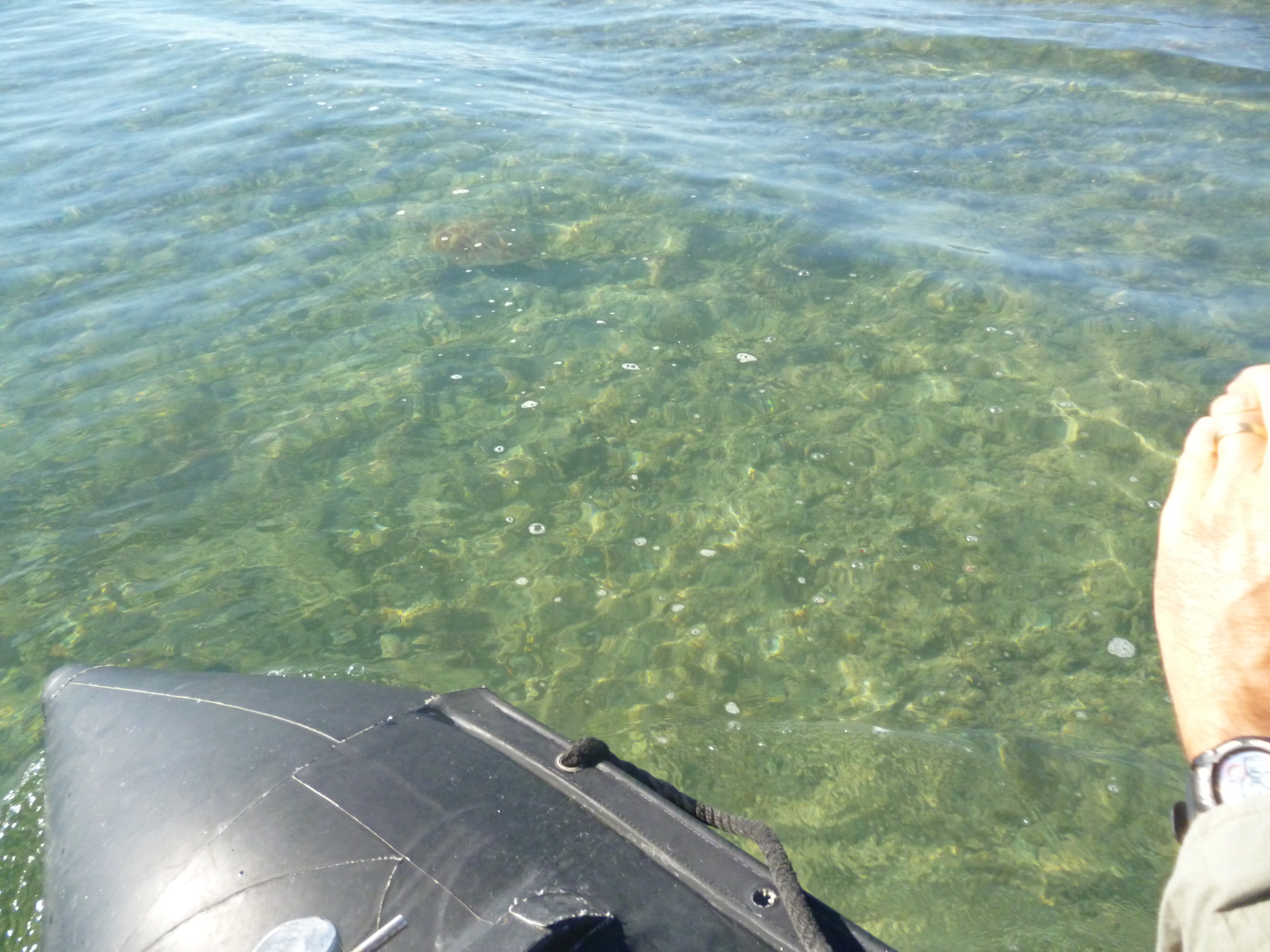 Walk a little inland and you will find Aboriginal cave art (permission from Elders must be obtained to enter these sites - so it is better to do it with an organized group). 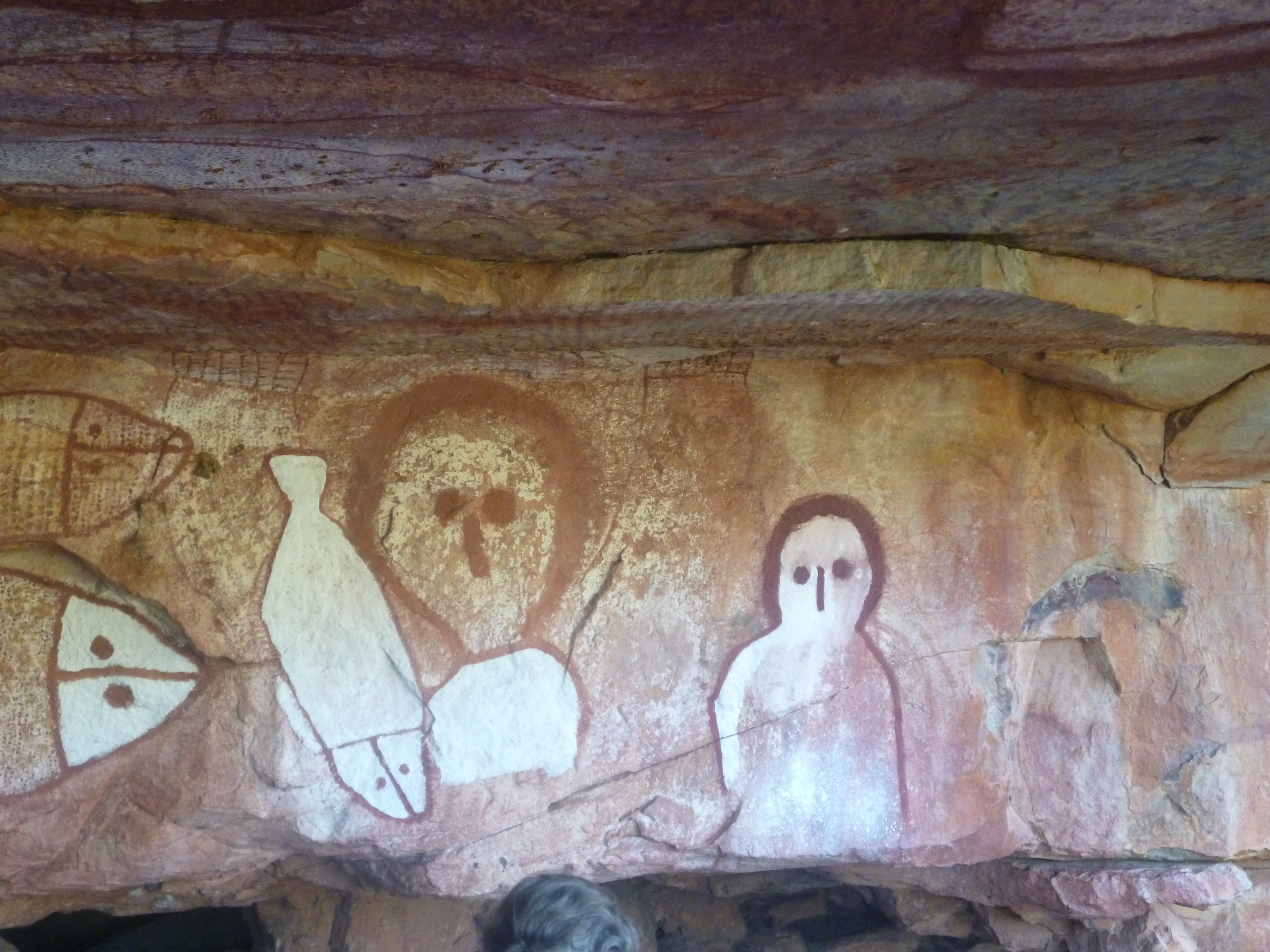 Or an old aeroplane from WWII that did not reach its destination. 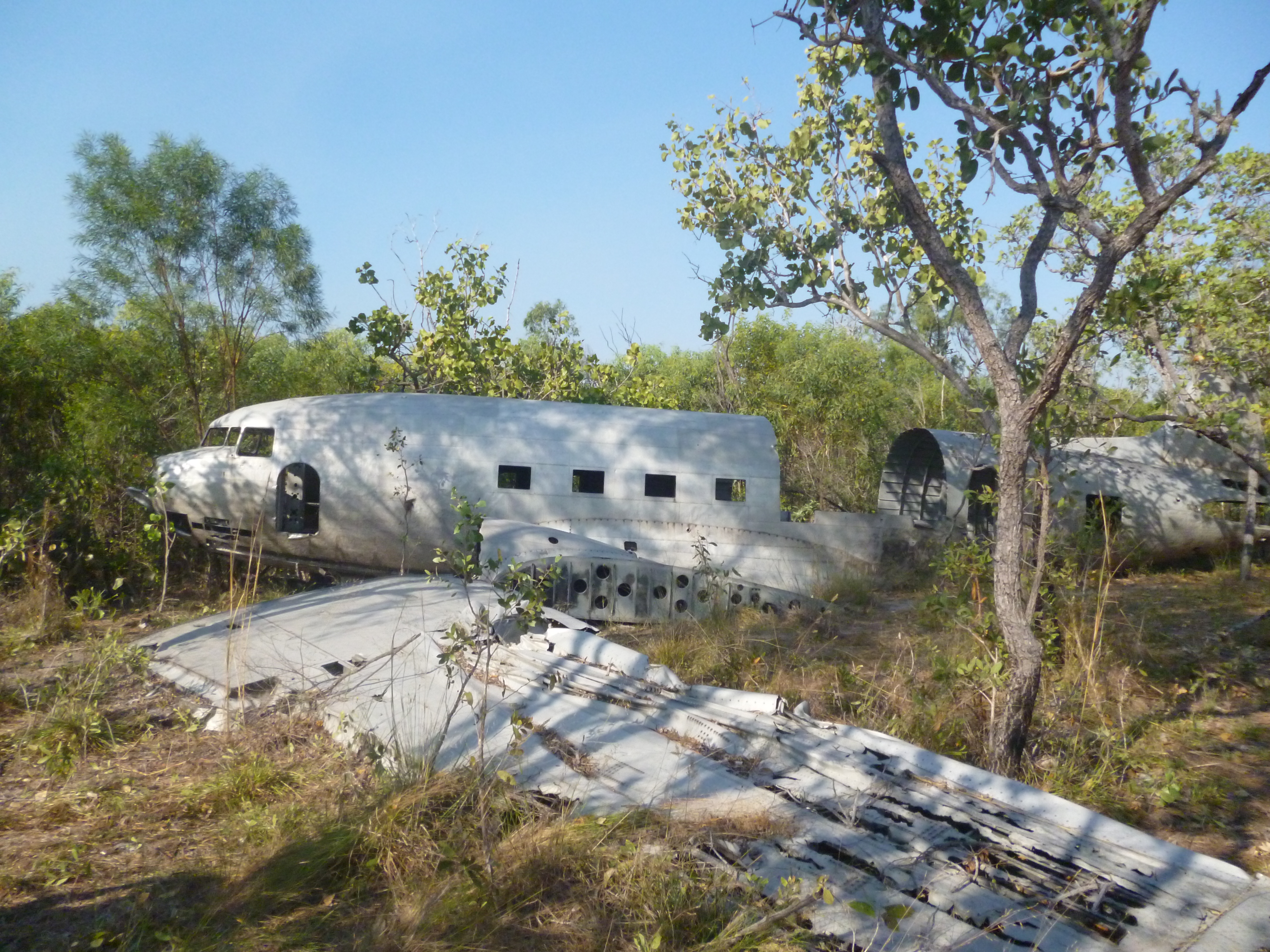 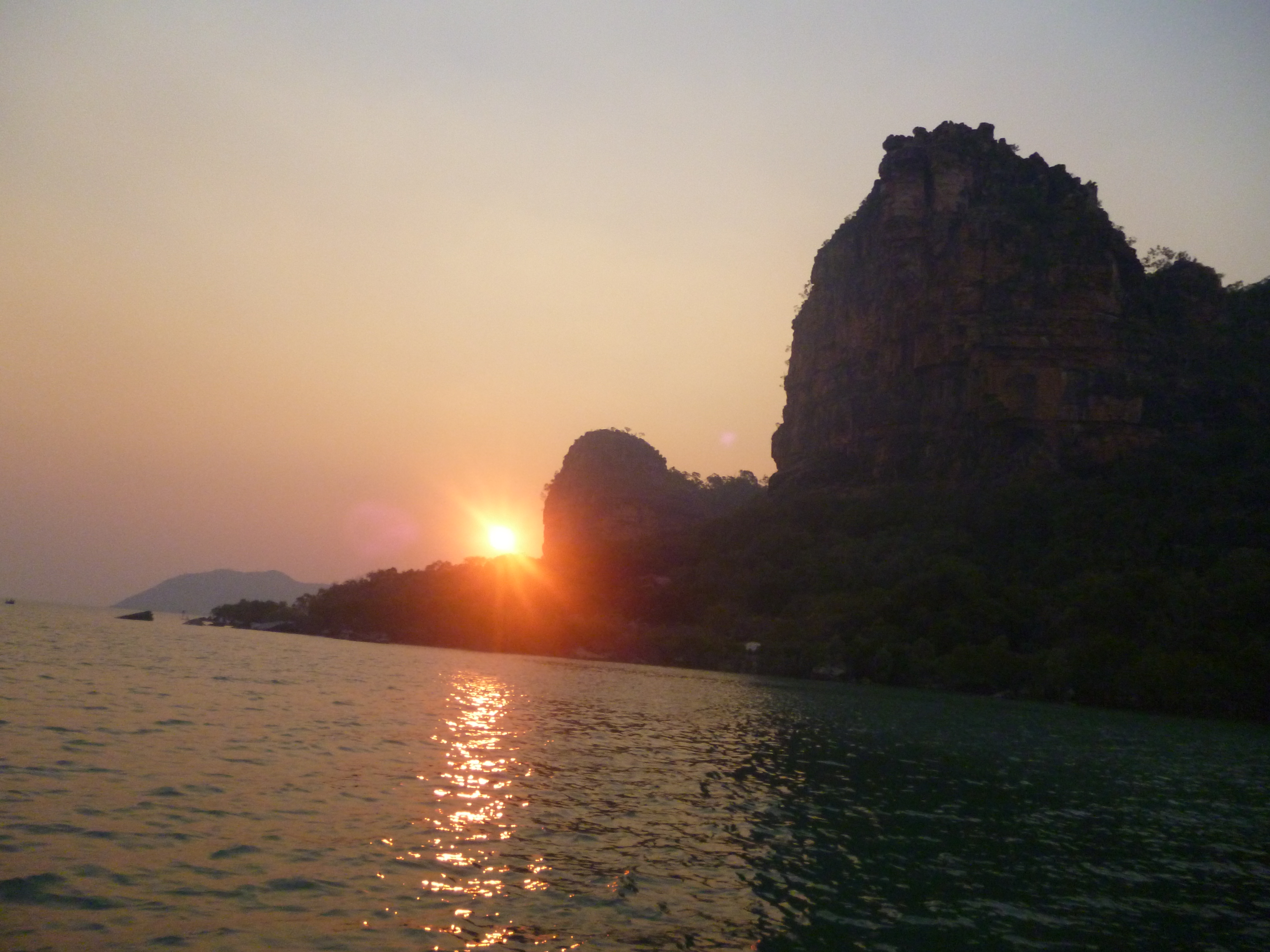 Although the area can be reached by car (requiring driving for hundreds of kilometers to get anywhere) and air (in small aircraft), PD's choice is to take a cruise boat that hugs the coast. Many are small enough to go deeply into the gorges while larger boats have small rubber rafts to take people in. That way you can enjoy space (why be cramped in a car or small aeroplane?), good food and and the company of others. 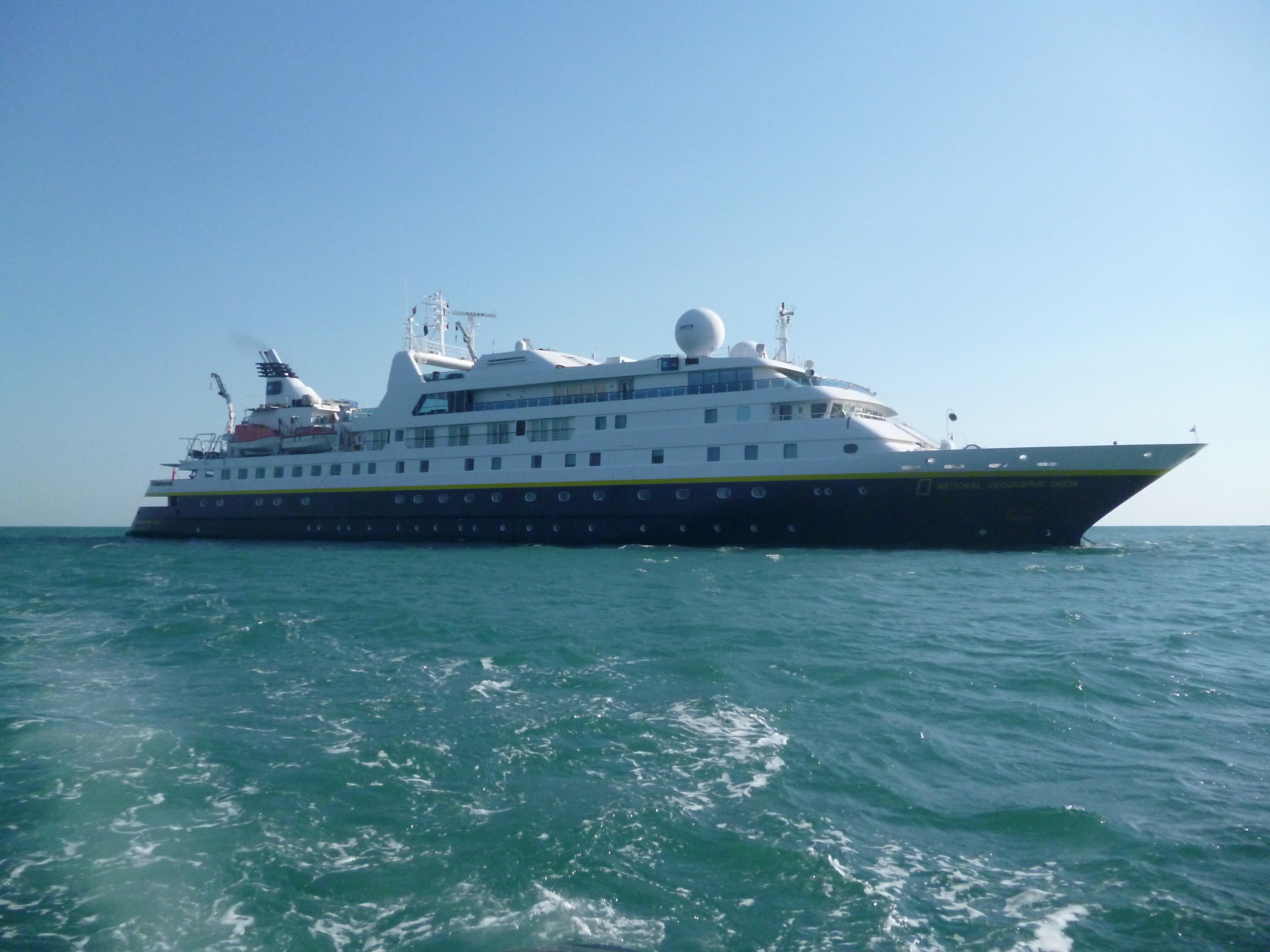 Note: Any persons in the photographs are travelers and are not in any way related to PD.

Vienna is one of the prettiest cities in the world. In the old part just go and follow your…

PD has honed his packing skills over the years and whenever possible travels with only carry-on luggage. This is…