Royal Enfield motorcycles first appeared in 1901. During the second world war the British Government commissioned Royal Enfield to make motorcycles for its military. Its motorcycles included the 125 cc RE/WD 125, better known as the "Flying Flea", a lightweight motorcycle that could be parachuted behind enemy lines. It was used by the British Airborne Pegasus Regiment. 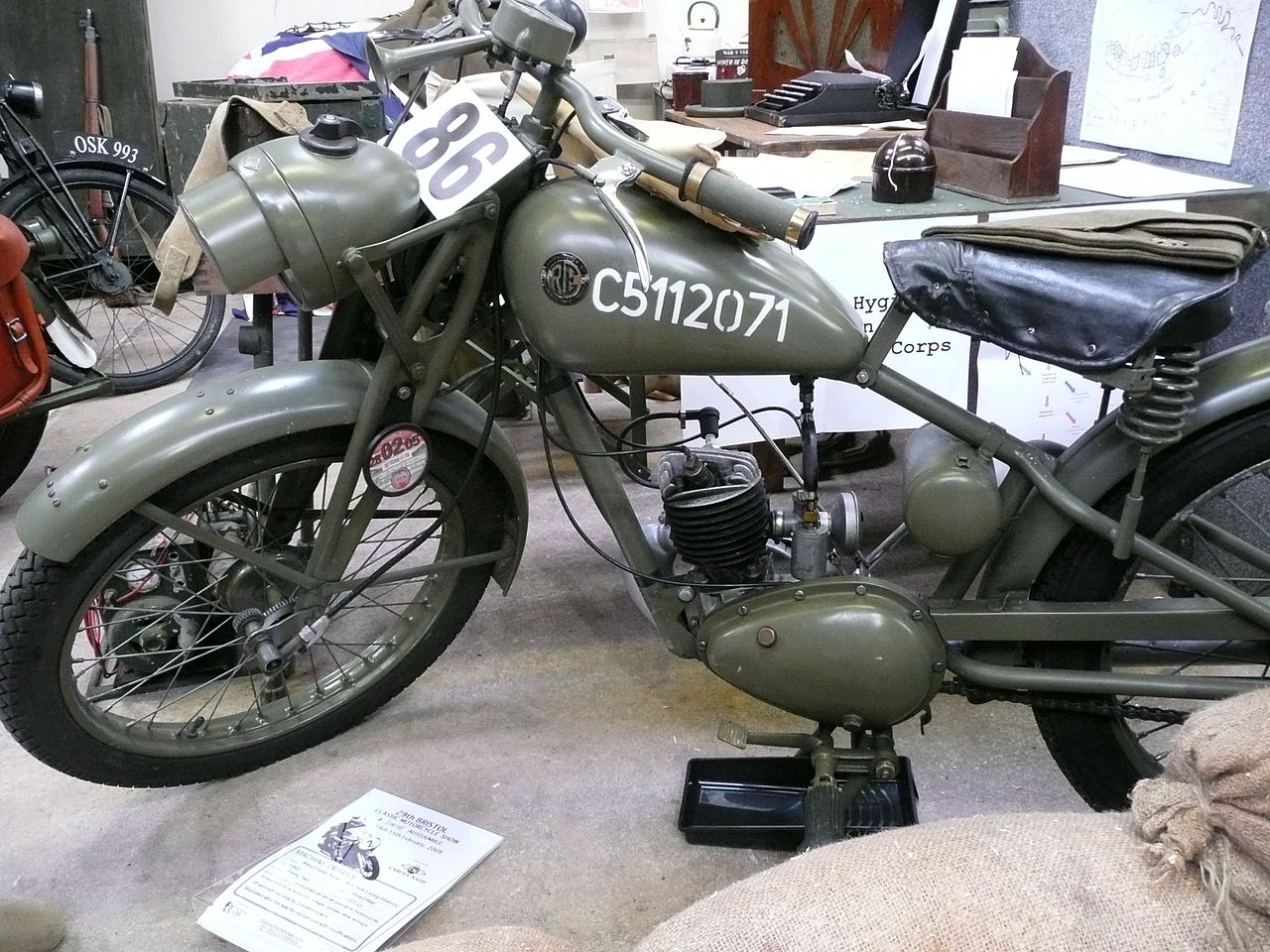 [Above image: Photograph by Thruxton]

[Above: Photograph by Royal Enfield]

Royal Enfield has produced a limited edition motorcycle commemorating the Airborne Pegasus Regiment, with World War II inspired insignia. This version is powered by a 500 cc motor. It looks sensational. 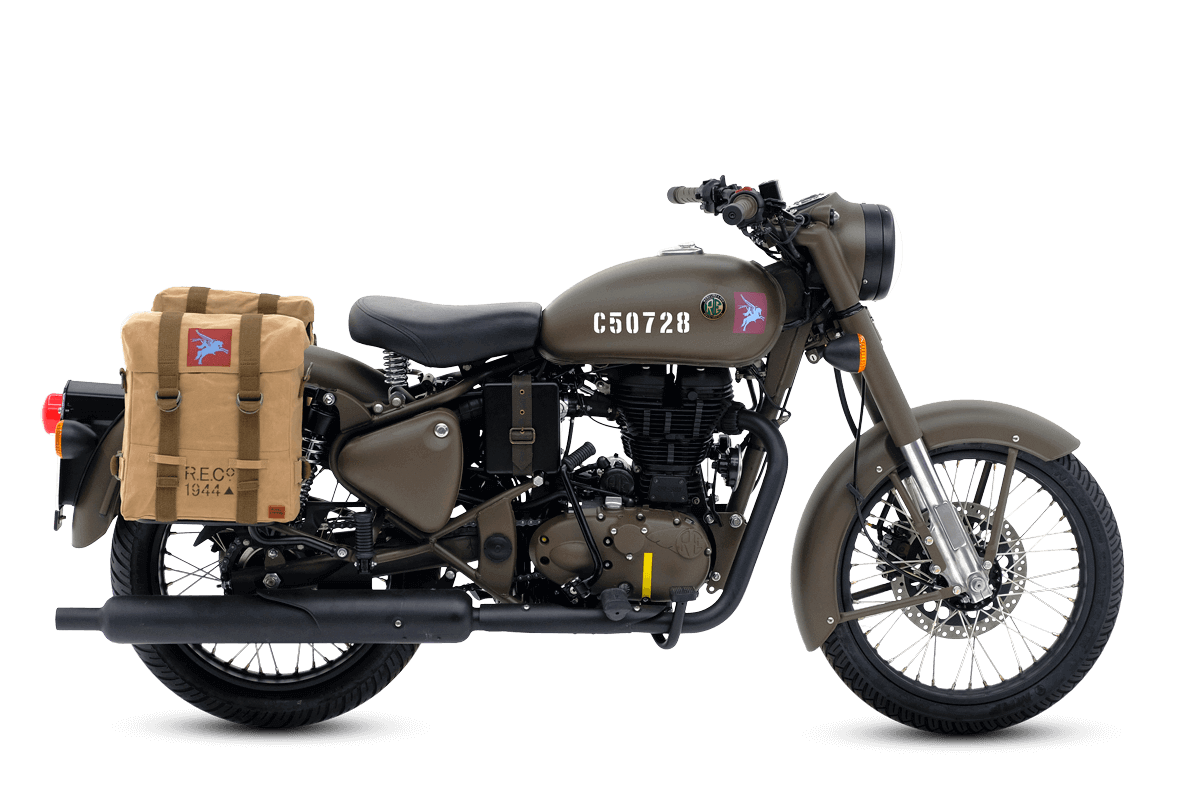 PD recalls being in Krakow during beautiful warm weather. He had anticipated this and packed summer clothes accordingly. Then came an unseasonal rainstorm. PD bought an umbrella in a kiosk. The umbrella did not cost much and lasted a handful of minutes. Today's weather is changeable and unexpected rain can happen. It is a good idea to pack something just in case. Compact but strong umbrellas are available. Otherwise throw in a light rainproof jacket, even if you are expecting good weather. 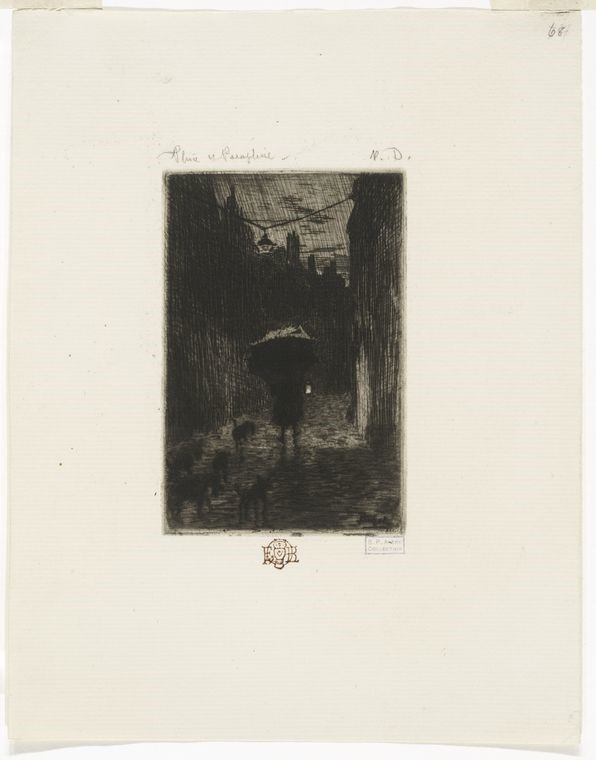 PD has featured mechanical keyboards before. Why would you want one? For a start they look stylish and add class to your desk. They feel great to type on, with that solid feel of days gone by. The best thing is that the solid retro look and feel comes with modern technology. 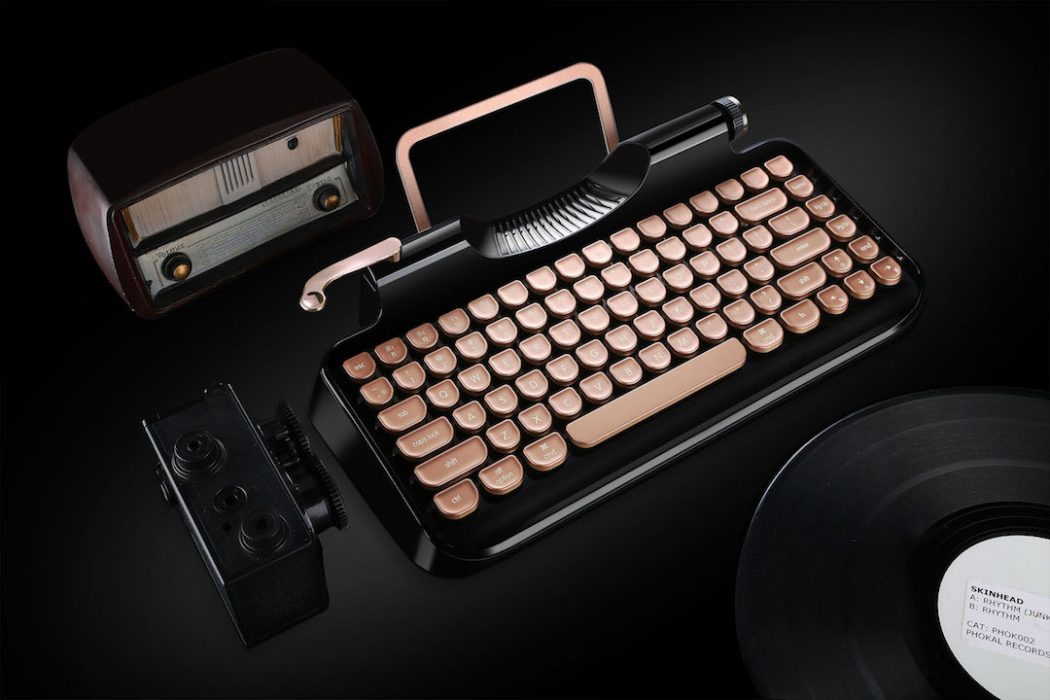 The keyboard can be connected by wire or wirelessly via Bluetooth. There is volume and backlight brightness control. 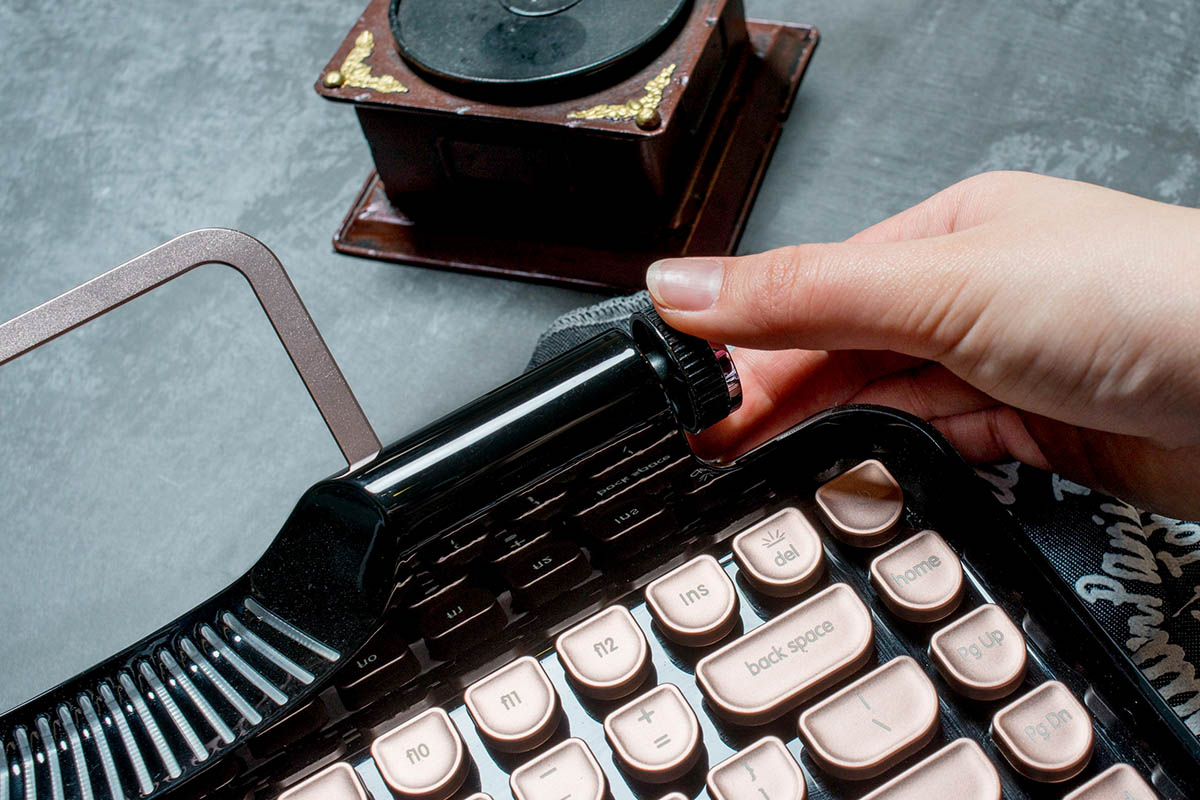 The Rymek keyboard has not yet been released but you can register your interest here: 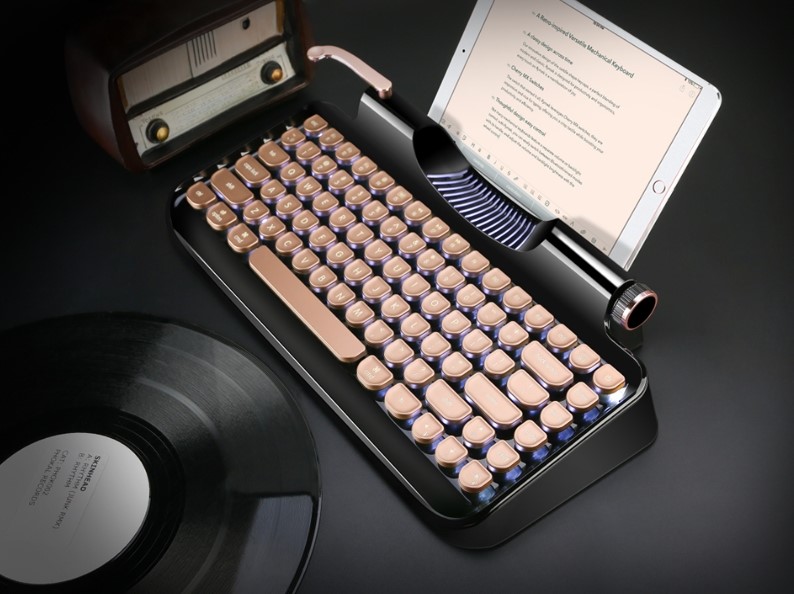 Janus is the ancient Roman god of "beginnings, gates, transitions, time, duality, doorways passages, and endings" [Wikipedia]. He is depicted with two faces, looking at the past and into the future. 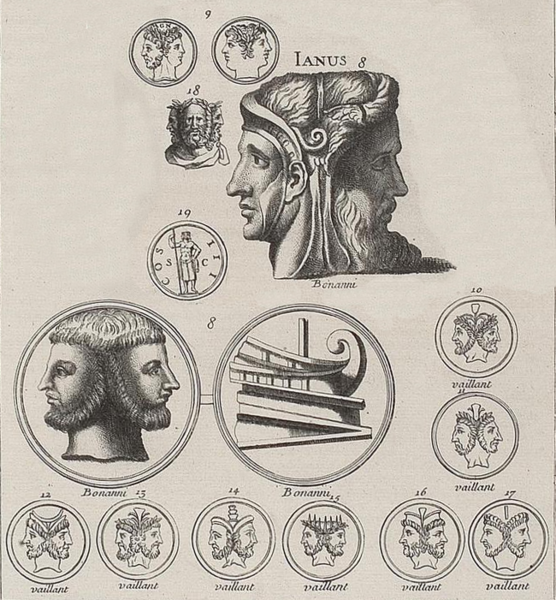 Janus is the theme for this stylish notebook made from high quality paper and with gold edging. 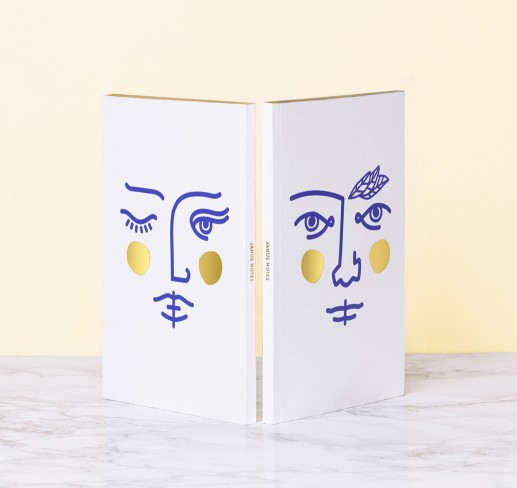 Rolling rulers are an old invention. They are good for measuring curved lines or line that go off at angles, such as roads on a map. PD featured a modern iteration for this useful device in PD: Cool Things issue 144 (GHOST_URL/prowling-dog-cool-things-issue-144/), the Rollbe, 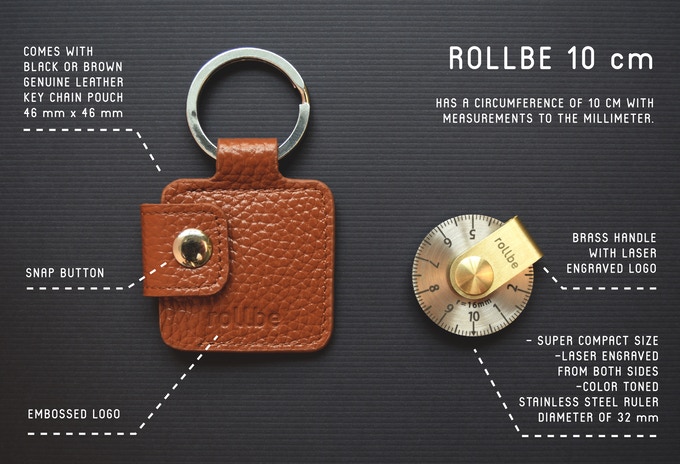 Now we have the Rollova, a digital version of the rolling ruler. 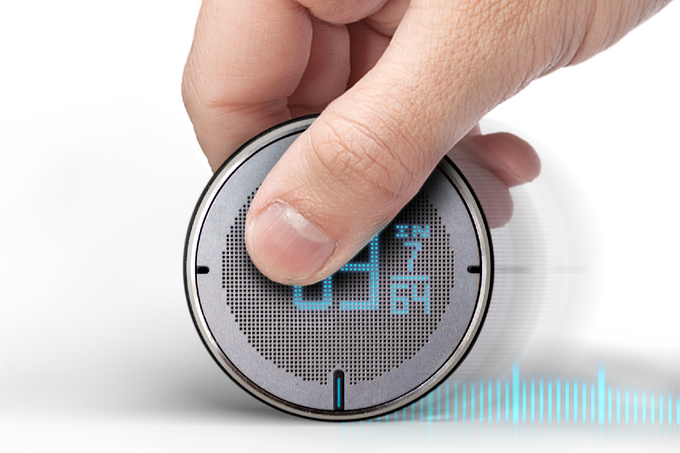 This ruler has both metric and imperial measurements and can measure a maximum of 10 m. It is 2" in diameter (approximately 5,08 cm), important to know when measuring to corners. It uses two CR1632 button batteries, so you do not have to keep charging it even when you do not use it often. 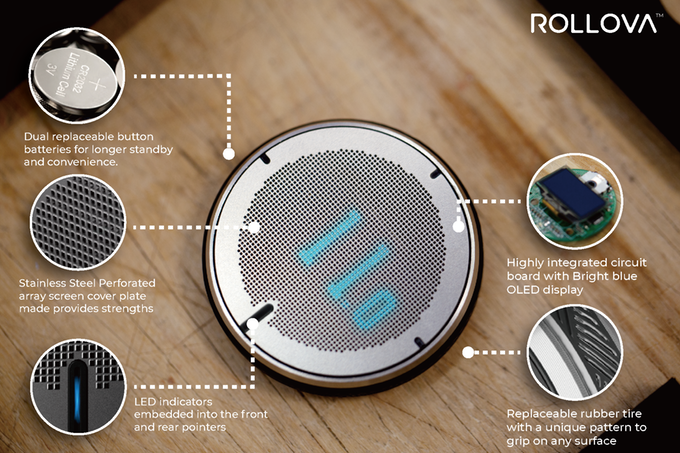 The Rollova comes with a leather case in a choice of colours. 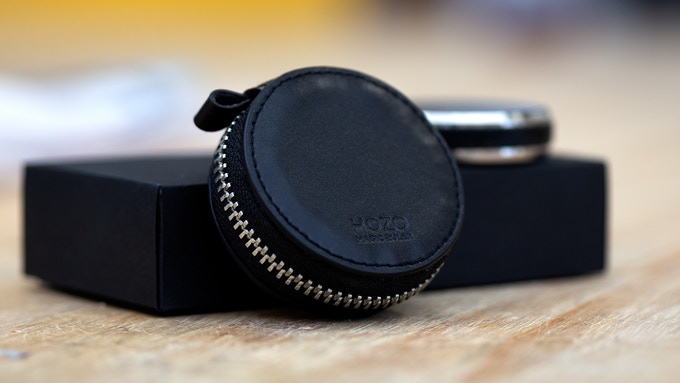 This is a high quality magazine that features independent designers who produce well thought out quality products. It is intended to be an annual publication. 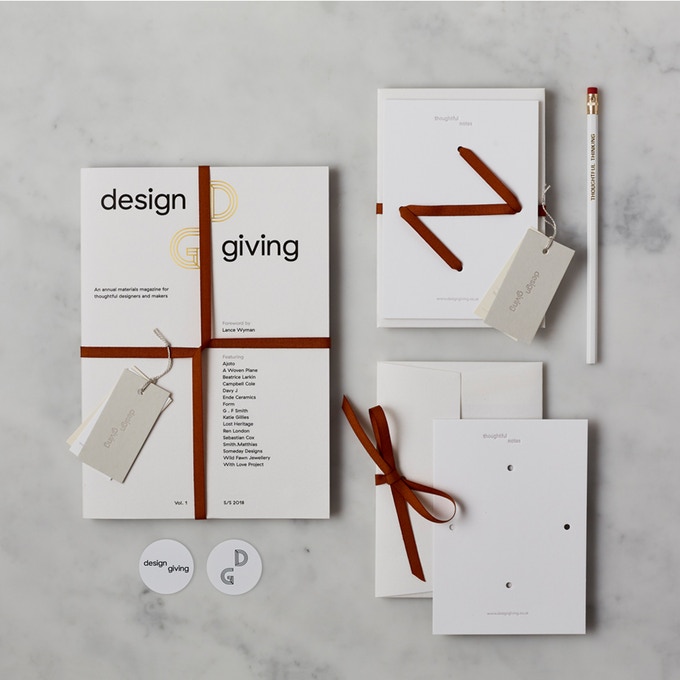 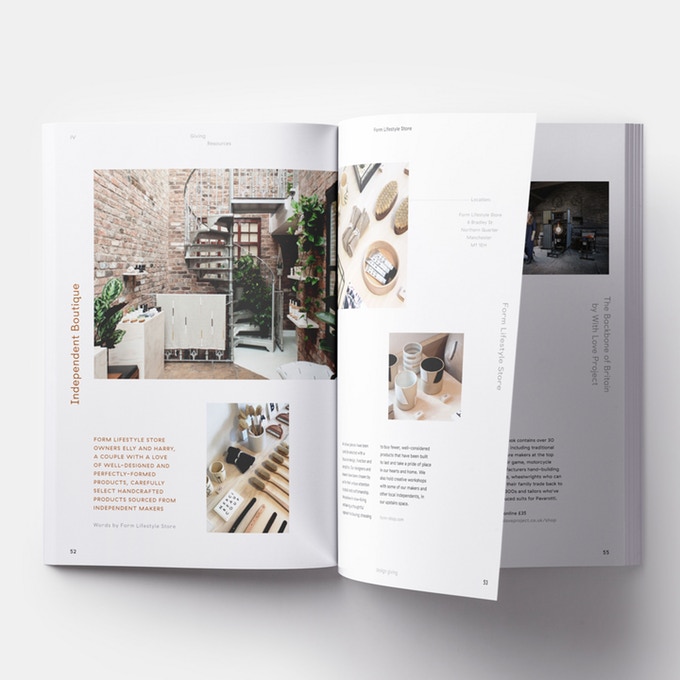 Those brought up with Dick Tracy, the comic book detective, will know the one piece of technology that he had was the 2-way Wrist Radio, in reality a Walkie Talkie watch that debuted in the comic strip in 1946. 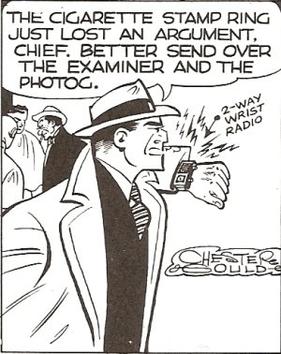 There were toy versions of the 2-way radio. What was fantasy when introduced in 1946 is now a reality - most people carry a cell phone that does this job and much more. For those after a bit of nostalgia or who are fans of Dick Tracy, you will soon be able to buy a working version of the Dick Tracy Watch. 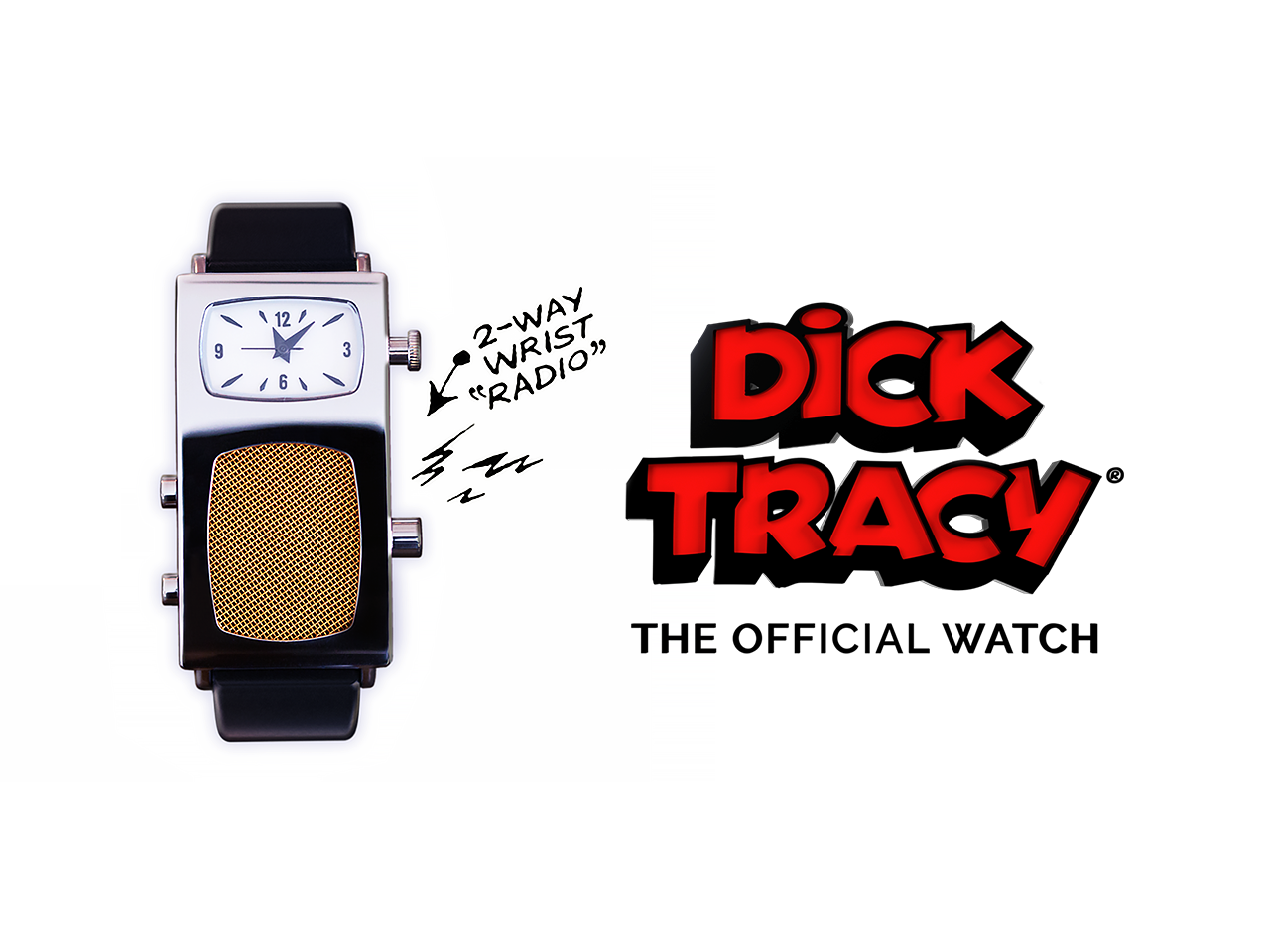 Important disclaimer: Remember that crowd funding sites are not stores. You may decide to back this project and provide funds, however there is no guarantee that any project will be delivered - the rate of failure is about 10%. PD is in no way accountable for the success or otherwise of any project and writes in this column purely for entertainment purposes, and will in no way be held liable for any failure or money lost by anyone. It is a case of "buyer beware". It is a sad reflection on the era we live in that PD must resort to this type of disclaimer.