THE CONFESSION OF HELEN VARDON

R. Austin Freeman's Dr John Thorndyke has appeared before on the pages of PD. Freeman wrote short stories and novels based on Dr Thorndyke, the medical jurisprudence practitioner who solved crime using forensic science, always aided by an assistant. Unlike most other crime novels, most of Freeman's stories have a thread of romance running through them: usually the assistant falls in love with the fair lady that is being helped and live together happily ever after. 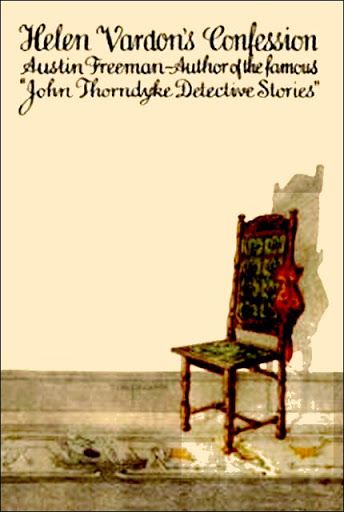 [Above: The Confession of Helen Vardon, Hodder & Stoughton, London, 1922]

The Confession of Helen Vardon has more than the usual thread of romance and tragedy running through it, with Dr Thorndyke largely taking a back seat until the end, although from the beginning he takes an interest in helping Helen Vardon.

Helen Vardon, an innocent young lady living with her lawyer father, overhears part of a conversation with another lawyer, Otway, in which the latter threatens her father with ruination, offering to forgo a debt should he give his daughter's hand in marriage, an offer which her father emphatically rejects.

Wishing to assist her father, she approaches Otway, who is twice her age, and agrees to marry him. This occurs in secret, immediately after which she learns that Otway had deceived her. Her father, learning of the marriage, comes angrily to Otway's house, and in an unwitnessed altercation with Otway, dies. Was it a natural death or did Otway kill her father? Helen demands a separation, which Otway grants. Nevertheless, her life is ruined as she is forever tied to a man that she loathes, with no legal way out. Divorce was almost impossible in those days.

Helen is directed by a friend of her father's to Thorndyke, who assists her by referring her to his assistant's sister's lodging house for women. Here she does well, but Otway keeps calling upon her due to threats that he is receiving concerning the death of her father. 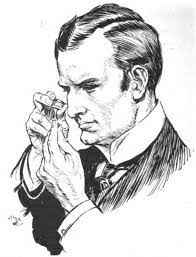 In the boarding house, the ladies earn their keep by making and selling various works of art. Helen is a talented metal smith, an art that she learned from her father. It is while living at the boarding house that she comes across the dashing young lawyer-turned-architect, Jasper Davenant, who helps her sell her works for a fair price, and she in turn helps one of the other ladies.

Otway, after summoning Helen one day, dies by apparent suicide and suspicion falls on Helen. This is when Thorndyke truly becomes involved. As always, the story ends with a twist to which the clues were given to the reader earlier in the story, but did the reader pick them up? 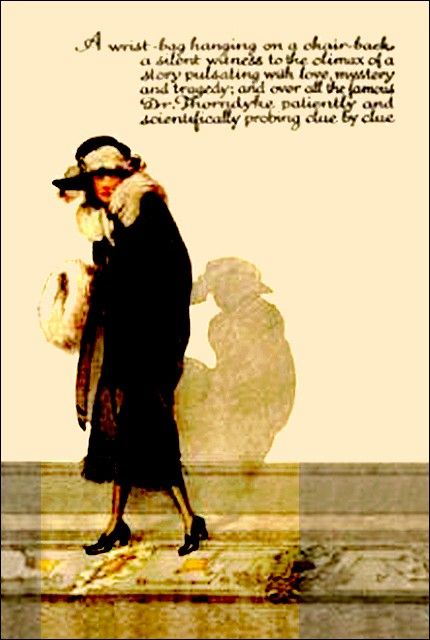 [Above: The Confession of Helen Vardon, Hodder & Stoughton, London, 1922]

This story, written in the early part of the 1900s, is a good mix of crime, tragedy and romance.

ASK HAFIZ Wars have created refugees throughout human history. People forced to leave their lives and often their loved…

ARSON PLUS Pulp fiction was popular from 1896 to the late 1950s. These magazines got their name from the…