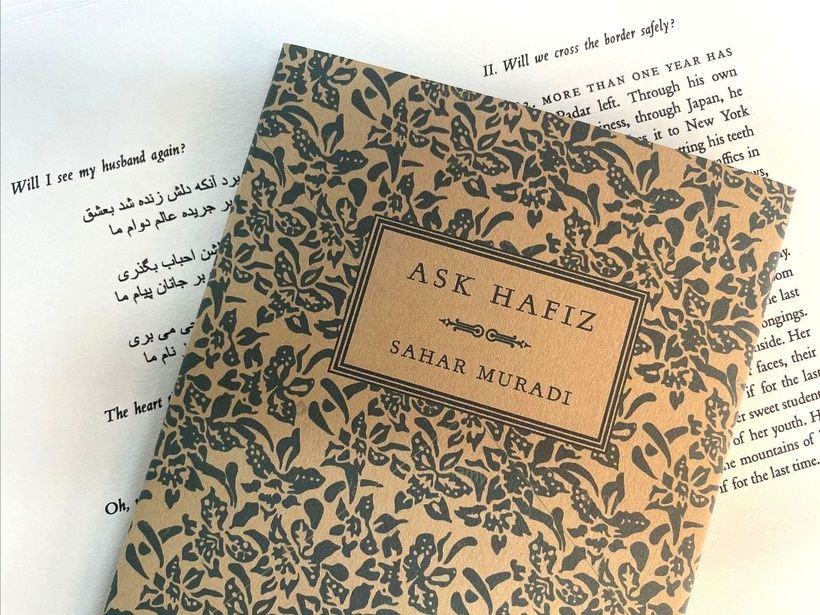 Wars have created refugees throughout human history. People forced to leave their lives and often their loved ones for fear for their lives, having to start again in a strange land with an unknown language and strange customs, while the heart breaks for their previous homes and those left behind. Although there are many millions of such stories, only a handful are published. “Ask Hafiz” is one such story, written by writer and performer Sahar Muradi, who fled Afghanistan to start a new life in New York. In this short story, she tells of the fleeing, and the battle to establish a new life, while seeking answers and solace in the writings of the ancient Persian poet Shamsuddin Muhammed Hafiz-e Shirazi, which are used for divination.

The story is well told in simple language and with a warmth of eternal hope.
“Ask Hafiz” was made into a performance at the Ragas Live Festival at the Rubin Museum of Art in New York, which was recorded and may be viewed by following this link:
https://rubinmuseum.org/mediacenter/ask-hafiz

This book was published by Thornwillow Press.

THE CONFESSION OF HELEN VARDON R. Austin Freeman's Dr John Thorndyke has appeared before on the pages of PD.…