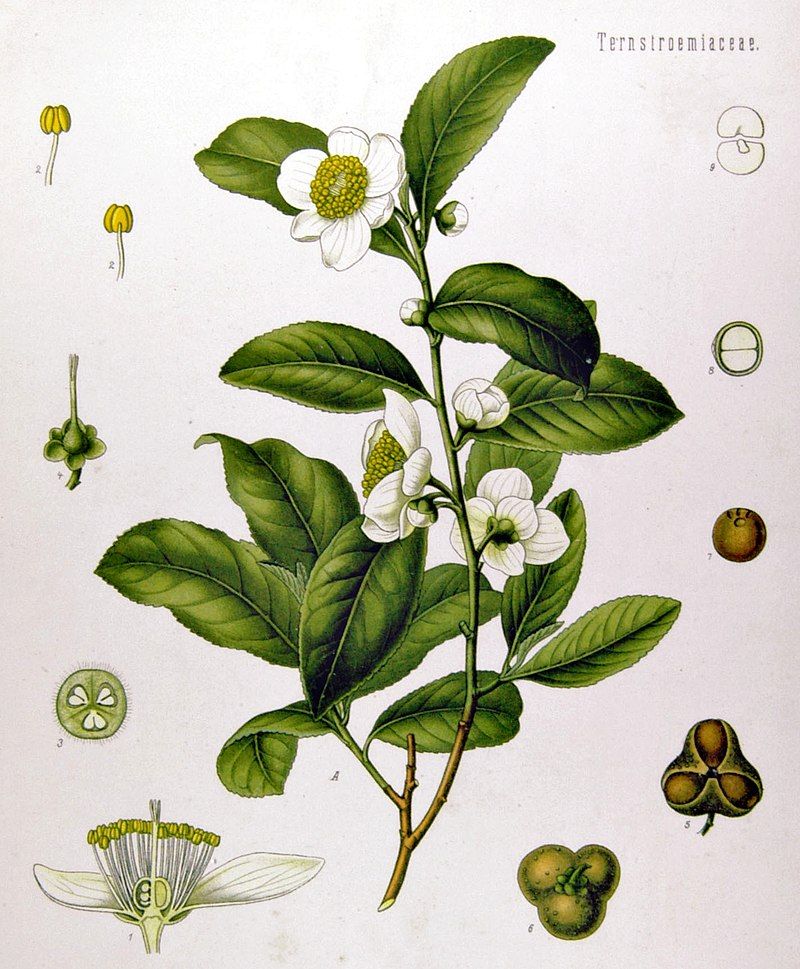 The first written records of tea as a drink come from China. Legend attributes the invention of tea to Shennong, an ancient deity who taught the people agriculture and the use of herbal drugs. The earliest physical record dates back to Emperor Jing of Han, as early as the 2nd century BC. 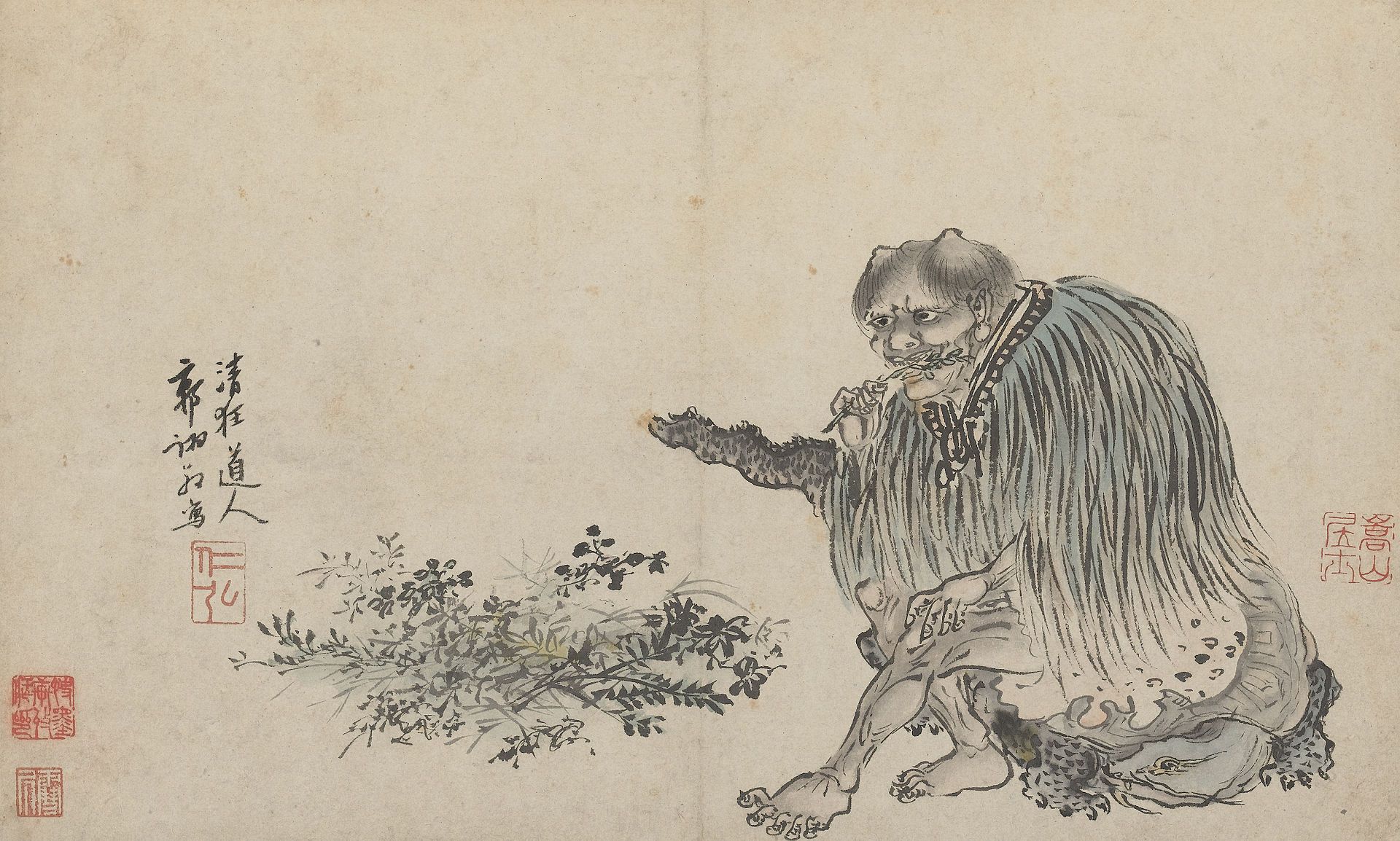 British merchants brought tea to England in the 17th century, the first tea being sold in a London coffee house in 1657. Tea was expensive, and prized. It was taxed until smuggling, which made tea affordable and forced the withdrawal of the tax.

Tea of course led to the creation of the United States. It was the British Tea Act of 1773 that caused a rebellion, the Boston Tea Party (no, it was not a gathering of ladies in a back yard sipping the beverage), which turned into the American Revolution, which the colonialists won in 1776. 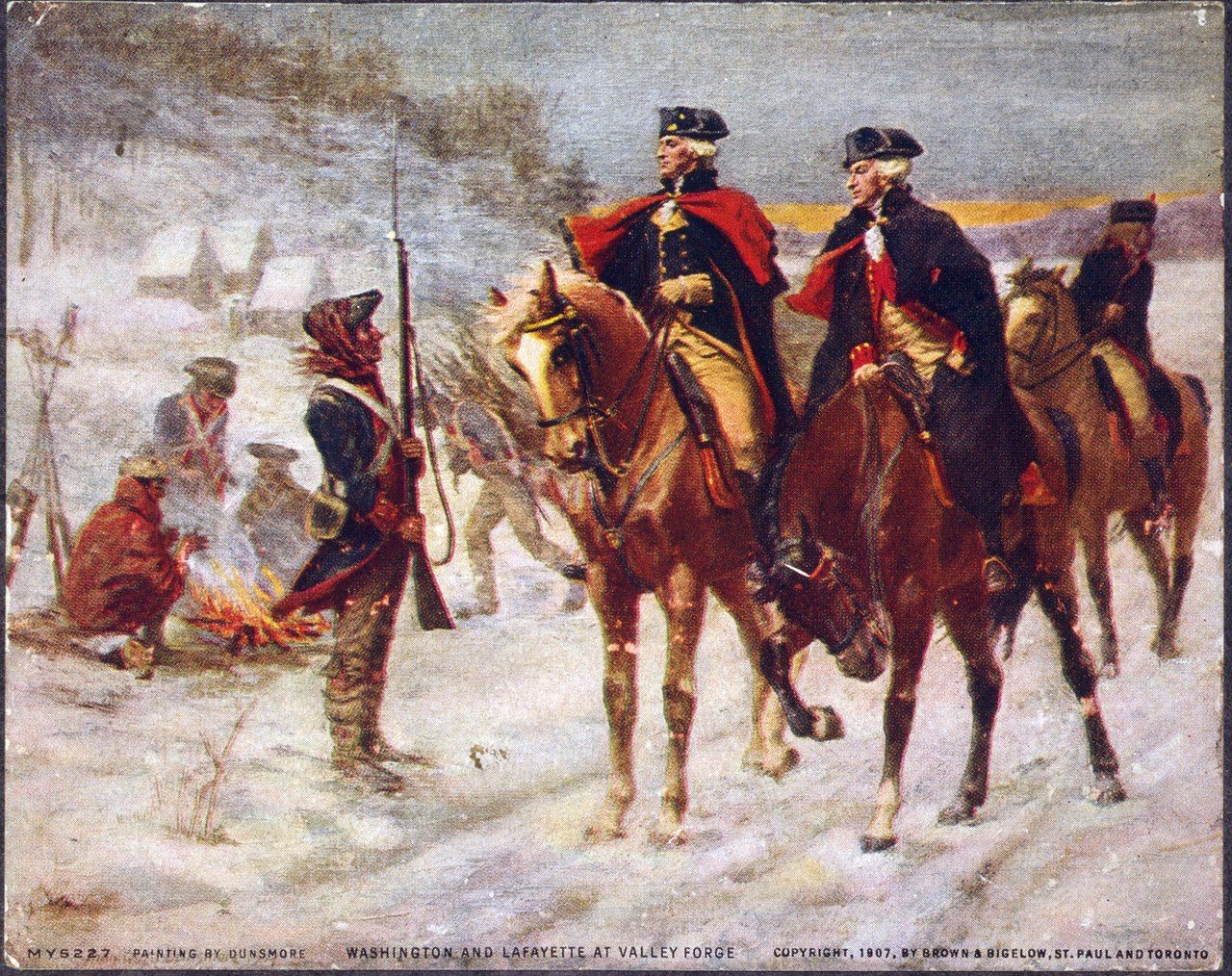 Personal and professional versions are available. You do not need to be a geek or physicist to use it, just an ordinary person concerned about all the electrosmog that you are subject to, including wanting to know whether your microwave oven is leaking.

There are several tea museums in the world, however The Ceylon Tea Museum must rank amongst the top ones.

The Museum is housed in the former Hantane Tea Factory, built in 1925. 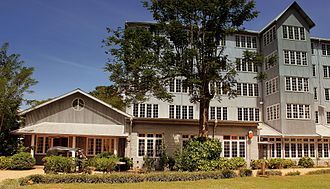 It houses old machinery used in the processing of tea, as well as a library, a retail outlet and a tea café. 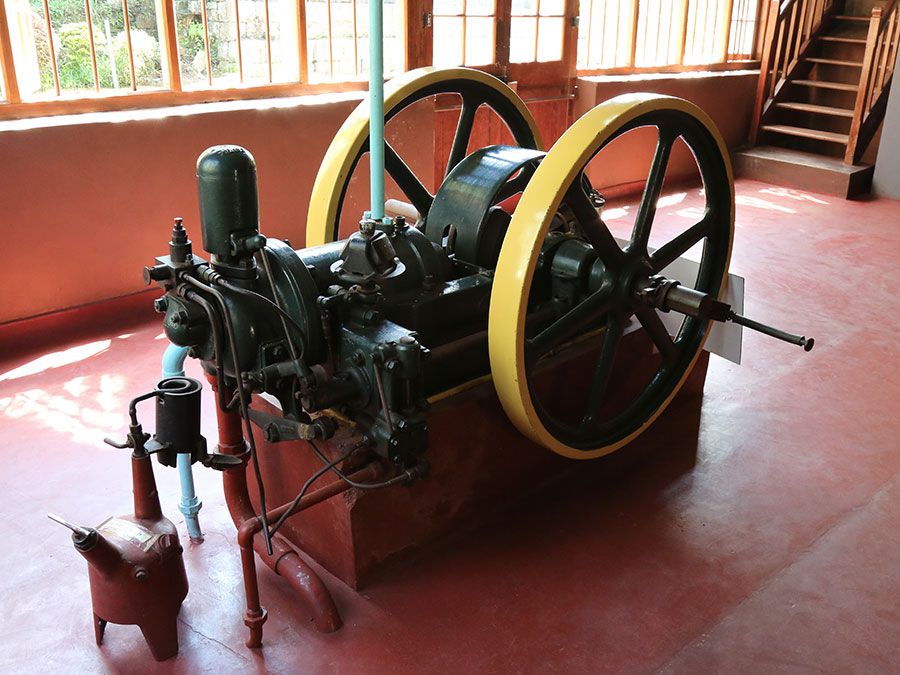 Spoiler alert: Tea does not feature in this article.

Polar bears thrive in freezing conditions. Their fur has some amazing properties, including insulation, elasticity and water repulsion, but the greatest secret is that the hairs are hollow, reducing conductivity of warmth away from the body. 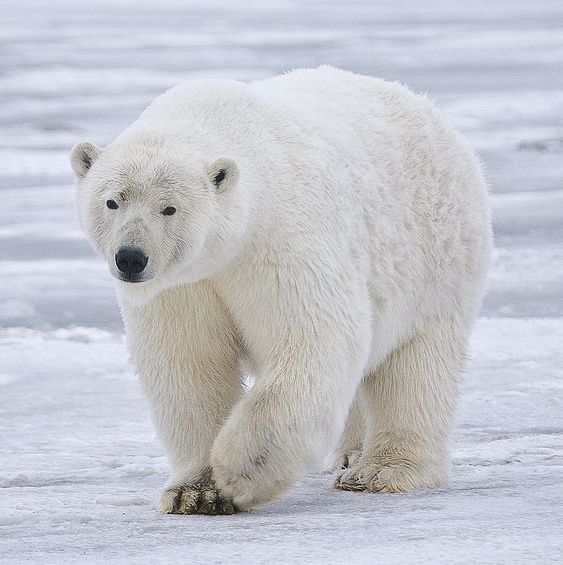 Researchers at the University of Science and Technology of China have now been able to replicate all of these qualities in artificial hair, by producing hollow carbon tubes which were wound together into an aerogel. 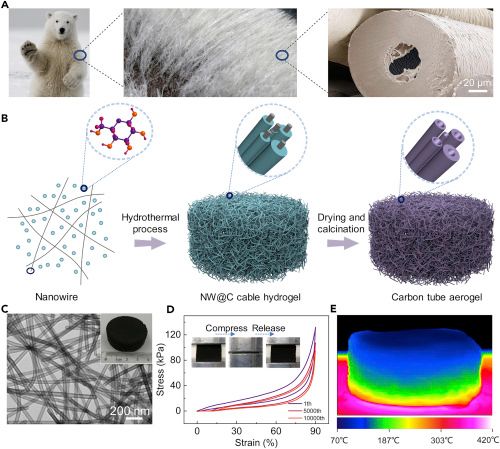 At present the new material is expensive to produce, so don't expect to see polar bear clothes any time soon, but PD is sure that, like all of these things, prices will come down. 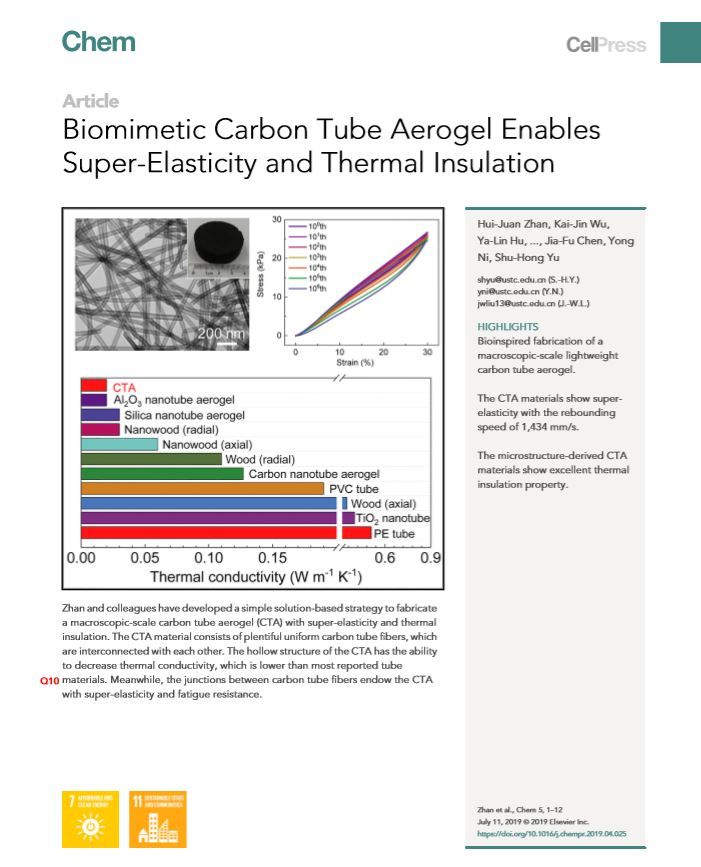 The Japanese have created a whole ritual around tea, which was described in PD: Cool Things issue 151 (GHOST_URL/prowling-dog-cool-things-issue-151/). 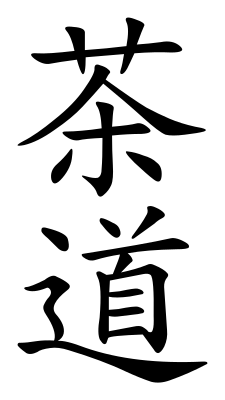 Tea was introduced to Japan in the 9th century by the Buddhist monk Eichū, who brought it back from a trip to China.

Apart from the right type of tea, you will need the right types of implements, including a teaspoon, teapot, a whisk and teacups. 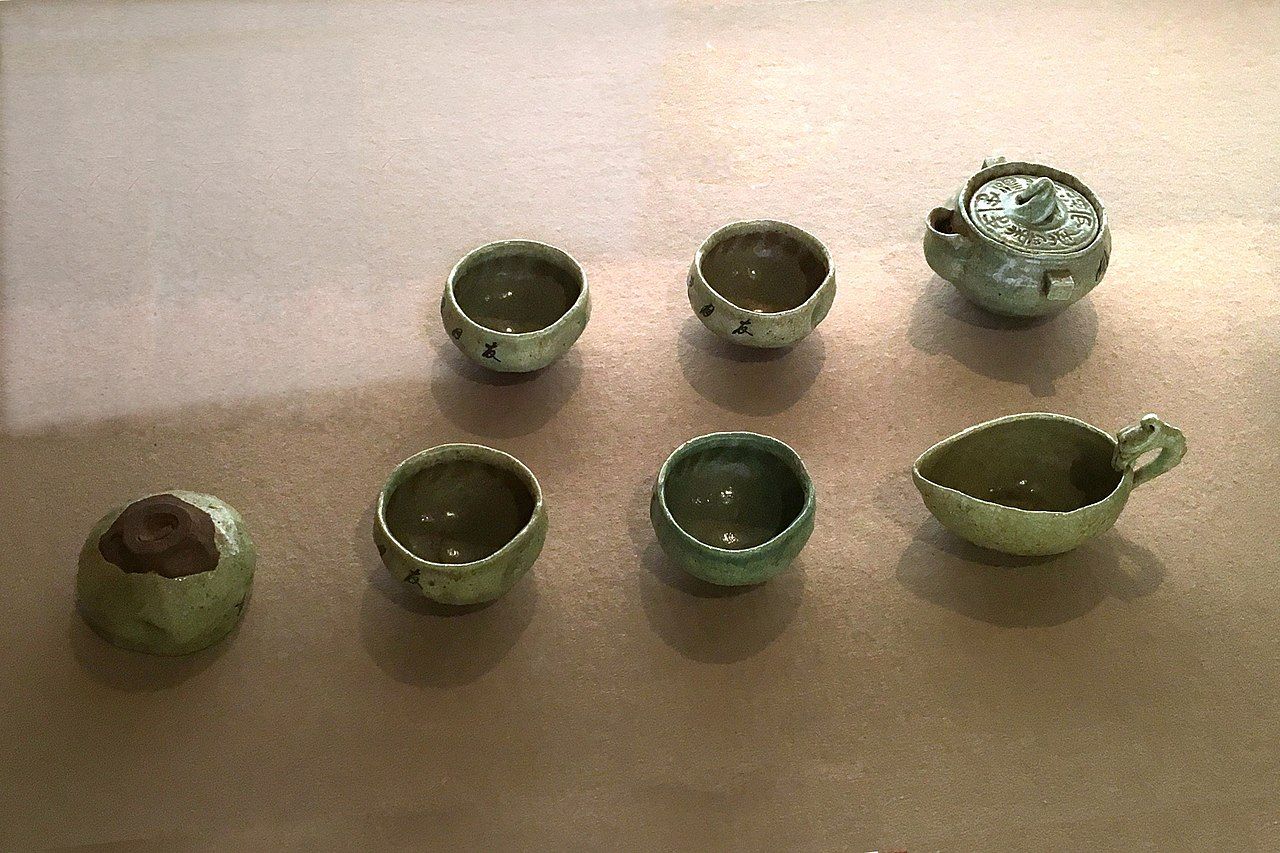 You can get yours in specialty tea shops.

What the heck does tea have to do with France? you may ask. Plenty. Despite France's reputation as a country of coffee drinkers, tea has a long history in that country.

Around 1660 Nicolas Mariage made several voyages to Persia, the East Indies and the Moghul Empire. He was part of a delegation dispatched by King Louis XIV and the French East India Company to sign a trade agreement with the Shah of Persia.

Meanwhile, Nicolas's brother, Pierre Mariage, travelled to the Island of Madagascar on behalf of the same company. 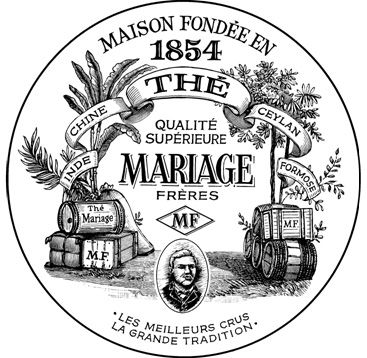 This is one of PD's favourite suppliers of tea. Years ago the company created its fascinating reference book, which is still available for purchase. 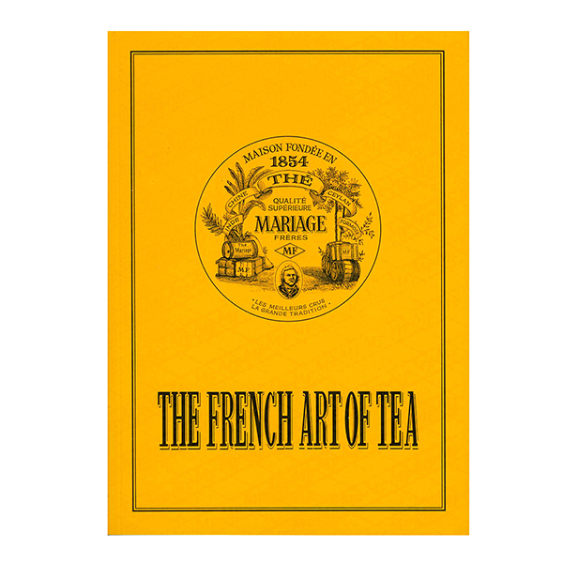 This is a small compendium that gives the history of tea, albeit from a somewhat French perspective, and advice about the preparation of tea, the storage of tea and the classification of tea. It gives an exhaustive explanation of all the different types of tea. The book makes fascinating reading and is available in French or English.

Although packing tea into paper and sewing the edges to protect the leaves dates back to 8th century China, the modern tea bag only dates back to 1903, when the first patent appeared for sewing tea into cloth bags. These were meant to store the tea, which was supposed to be removed from the bag for brewing, however people found it convenient to just dunk the bag into the water. The first tea bag making machine appeared in 1929, and the popular paper fibre bag appeared in 1930. These bags were literally small sacks, and acquired the now familar rectangular shape in 1944. Today they also come in round and pyramidal shapes. 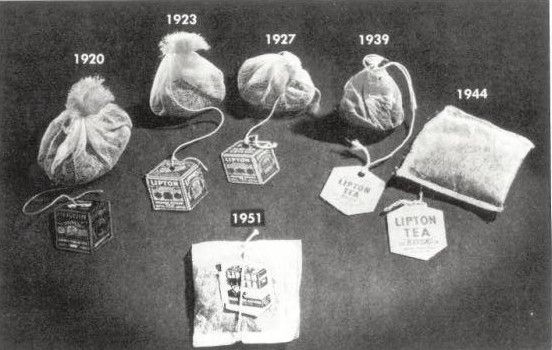 NEXT: What to look forward to.

Next week PD: Cool Things returns to its usual ecclectic mix of articles.