PD has another interesting set of notes and things to show you. PD has been mixing the travel section around a bit, with exciting places and equipment to make life easier and safer. This week PD adds tips from his own experience with traveling. In technology PD looks at the driver-less car and its implications. In stationery looks at a beautiful anniversary tinned notebook set. As followers realise, PD thinks that a pocket knife is an essential tool. This week he reviews a small titanium one inspired by Japanese knives. In books and writing PD reviews a book about the famous saying, "Carpe Diem", which discusses its history, where we lost it and how we can reclaim it. Finally, in Project of the Week, PD looks at a fantastic nightmare-horror game. Happy browsing!

Ever been on a long flight that gets you in at 6am but the hotel check-in time is 2pm? You are tired after traveling for hours, in need of a shower, hungry and you have your bags with you. Sitting around staring at the seconds go ever-so-slowly by is not a fun way to start your day.

To avoid this book the hotel for the night before your arrival. Make sure that you inform the hotel that you will not be arriving until early the next morning, so that your room is kept for you. Otherwise the hotel may list you as a no-show and give your room away. That way you can get your room as soon as you arrive, unpack, shower, eat and rest, ready to begin your adventure the same day.

Robots are not new but they are getting smarter. Up until now they did specific tasks that were programmed into them, like screw bolt A into hole B on the assembly line, or they could be instructed in real time. Their decision-making ability was highly limited, and short of a mechanical malfunction, harmless.

In movies of course robots think for themselves and make autonomous decisions and even replicate themselves and go rogue, turning on their owners. This science fiction is now becoming reality, with the complexity of artificial intelligence getting closer to that of humans, including making decisions like humans do humans where ethics are required.

There are advantages to autonomous cars, mainly to do with human nature. People can be prone to distractions, tiredness, mood changes, variable reaction abilities, drug addictions and health problems that make them less than ideal to concentrate 100% on the task at hand, i.e. controlling a car. This is the reason that we have accidents and consequently injuries and deaths (accidents due to mechanical failure of cars do occur, but are rare).

Autonomous cars, via detectors and computers, have algorithms that prevent accidents and have had a good record so far, but not a perfect one, as you would know from the news. The downside is that situations will arise where accidents are unavoidable. There will be a time when the car will have to make a decision whom to let die. Such situations do occur, and normally it is the human driver who makes that decision. Will the driver be saved at the expense of a group of pedestrians? Will the car be able to choose between a child or an older person? Will it decide that one person is more valuable to society than the other based on data identifying the possible casualty.

Who will be responsible for programming these decisions into the car. These issues come into the realm of ethics and so there will be differing opinions. PD does not have answers. Nor is PD singling out the autonomous car, but he has begun with this as this is probably the first piece of AI that is already out there with such consequences for people.

Then there are other things to think about, such as a rogue person taking control of the car via wireless remote control and using it to either kidnap a passenger, kill him or her, or to use the car to kill others. As our experience with hacking computers shows, you can install all the security you want but someone will always find a way around it.

This does not mean that we should abandon such projects, but that there is much to think about when implementing them.

Since the Traveler's Notebbook's release by Midori ten years ago it has gained quite a following. The concept is simple, a leather cover and set of refills held in place by rubber bands. The refill booklets are made from top quality paper. There are also stickers and other items. Each year there are limited edition refills and associated paraphernalia based on a theme.

In 2016, for its tenth anniversary of the Traveler's Notebook, Midori released a collectible tin with a miniature version of the notebook. Three colours of notebook are available, each in a different coloured tin. They are still available at some stockists. 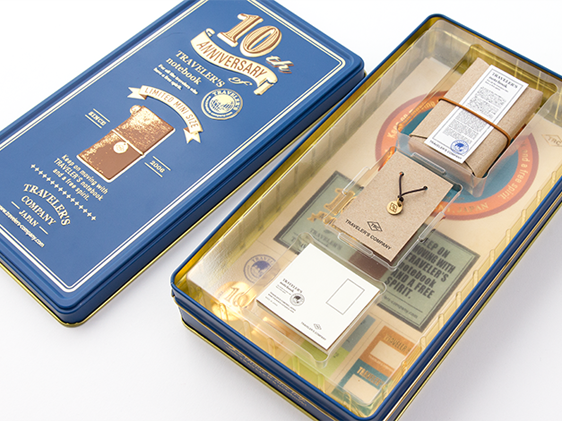 The pocket knife is probably the handiest item to carry on you. It has lots of uses, although today there are plenty of pocket-sized multi tools that have taken over some of those functions. Nevertheless, there are times when you need a sharp edge, for cutting string, opening a letter or parcel, cutting a rough edge of something or slicing a piece of fruit. 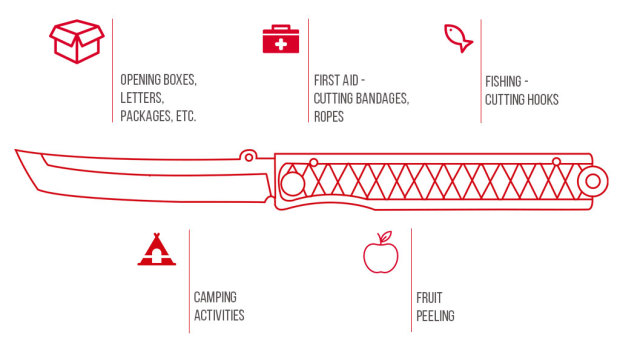 The Pocket Samurai has a titanium body that is available in either black or grey. It has a 50mm 440C Stainless steel Tanto blade which locks into place. The knife is beautifully finished, well balanced and opens and closes smoothly. It is very light. It comes with a pocket clip and there is also a hole for a key ring. 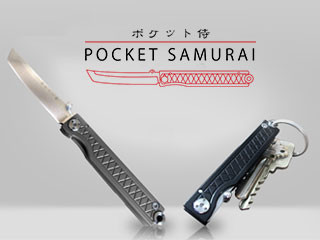 Carpe Diem Regained is a new book by author Roman Krzaric. The synopsis below is from Unbound. 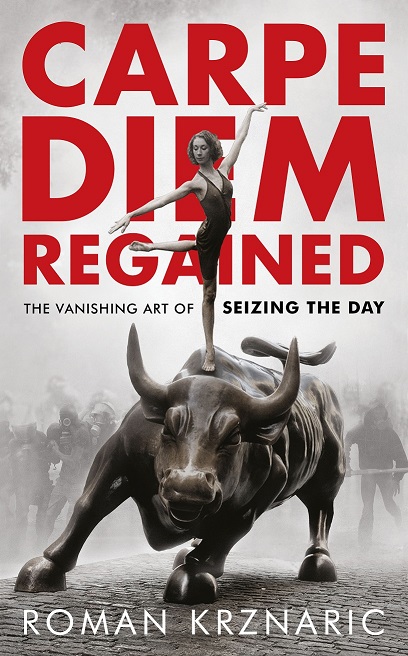 "It is one of the oldest pieces of life advice in Western history: carpe diem, seize the day. First uttered by the Roman poet Horace over two thousand years ago, it has become our cultural inheritance, reflected in mottos from ‘live as if you might die tomorrow’ to ‘be in the moment’, from the iconic advertising slogan ‘Just do it’ to the Twitter hashtag #yolo (‘you only live once’).

"Why is the call to seize the day so compelling to us? Because it promises a remedy for that instinctive – but often fleeting – awareness so many of us have that life is short and our time is running out. It asks us to live with greater passion, consciousness and intention, so we don’t reach the end of our days and look back on life with regret, viewing it as a series of paths not taken.

"But here’s the problem: the spirit of carpe diem has been hijacked and we have barely noticed. It’s been hijacked by consumer culture, which has transformed seizing the day into impulsive shopping sprees and the instant hit of one-click online buying. It’s also been hijacked by 24/7 digital entertainment that is replacing lived experience with vicarious second-hand pleasures and an era of proxy living. And now it’s being hijacked by the mindfulness movement, which reduces seizing the day simply to living in the here and now.

"This book is about how we can take on the cultural hijackers and reclaim the power of carpe diem. It explores five very different ways humankind has discovered over the centuries to seize the day, which we urgently need to revive. These include the art of grasping windows of opportunity, hedonistic experimenting, immersing ourselves in the present, becoming more spontaneous in daily life, and the forgotten realm of carpe diem politics.

"It tells the stories of great carpe diem adventurers, from Oscar Wilde to Maya Angelou, and delves into everything from medieval carnival to the neuroscience of procrastination. At the same time, it looks at whether we can overdose on seizing the day, and how it may be used and abused.

"This book is the first ever cultural biography of carpe diem. But it goes further, with a call to arms: the time has come to seize back seize the day, and recover it for the art of living and social change."

This may surprise you, but there are still people who play board games. More than you think. The graphics and design of pieces is a far cry from the games of old, and the themes have grown dark, introducing new generations to the fun of board games. Board games are also more social, requiring interaction with real humans. 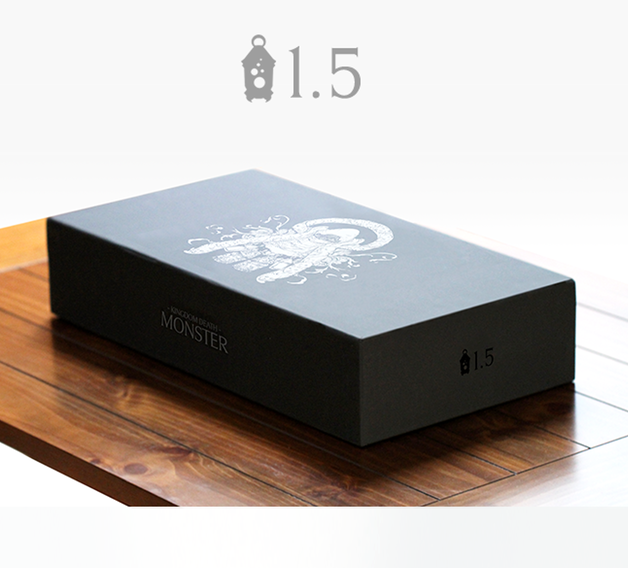 Which brings us to this week's project of the week. The original game was released previously and was a runaway success. The maker has now returned with an new version plus some add-ons which can be used with the original game. The success of this version eclipses that of the original. 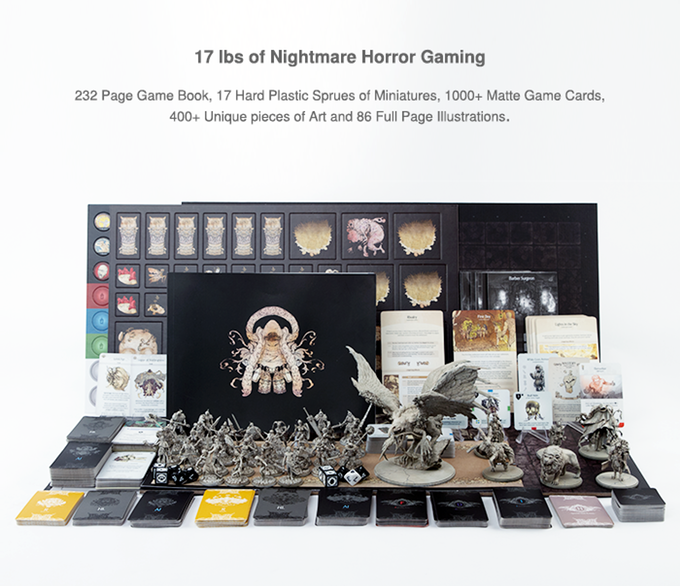 "Kingdom Death Monster is a massive cooperative board game about survival in a nightmare-horror world. Survivors fight for their lives against an onslaught of bizarre and fearsome creatures. They will use the fruits of these battles to build a fragile civilization in a place where humans are at the bottom of a monstrous ecology." (Quoted from the project page). 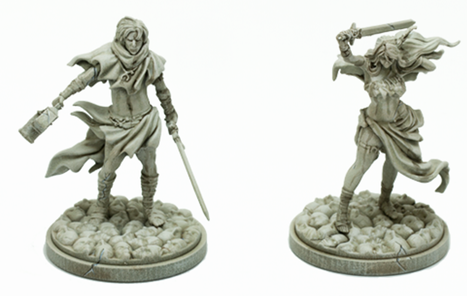 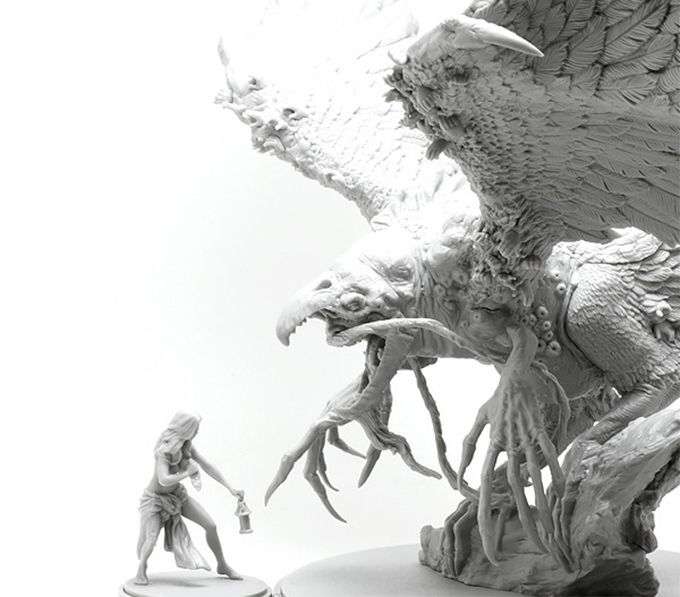