EDITORIAL: A surfeit of inventions

This has been a bumper week for great and cool things, so much so that PD had a hard time choosing what to include. He would have loved to write a bumper issue, however this project is a labour of love, funded by PD himself, so time does not allow for this. There are two points to this abundance: Firstly, it is wonderful to see that in a world otherwise gone mad with political and religious strife there are people who prefer to use their time for creativity and to use their talent and energy to produce wonderful things. Secondly, it certainly put pay to the well known quote "Everything that can be invented has been invented."

That quote is commonly attributed to Charles H. Duell, who was the Commissioner of US Patent Office from 1898 to 1901. According to the researcher Samuel Sass, Charles Duell did not say this. However in 1902 he did say, "In my opinion, all previous advances in the various lines of invention will appear totally insignificant when compared with those which the present century will witness. I almost wish that I might live my life over again to see the wonders which are at the threshold". The poor fellow has been maligned for something he did not say, when in fact what he did say was great. 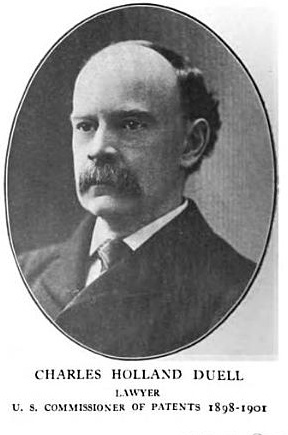 Even more interesting, that famous quote occurs in an issue of Punch Magazine from 1899, uncovered by Dennis Crouch: 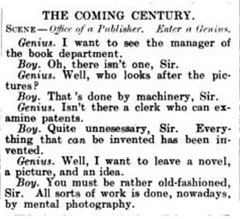 For the curious: Dennis Crouch is Law Professor at the University of Missouri School of Law and a co-director of the Center for Intellectual Property and Entrepreneurship in the United States of America.

When traveling PD travels with light luggage. This not only means not carrying excessive items but packing lightweight functional items. As far as clothing is concerned, modern materials mean lightweight but strong and quick-drying clothes that are ideal for the traveler (see PD 8th May, 2016). Penfield's Pac shorts foot the bill but are even more handy as a spare pair of shorts because they fold into an inbuilt pocket and zip up. This way you can have spare shorts in a tiny package to take on your adventures. 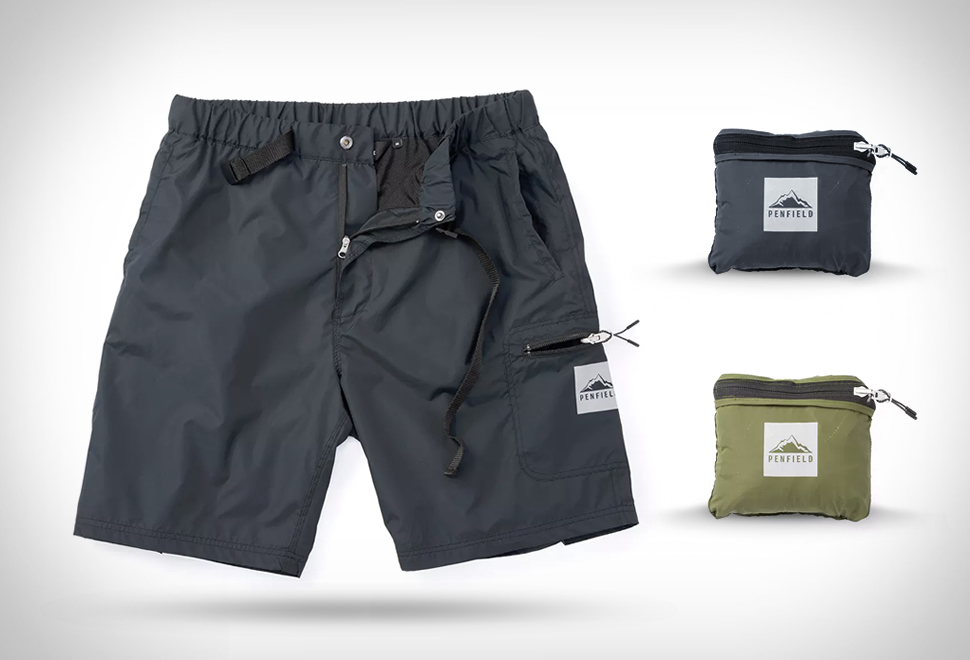 They are mesh-lined. The bad news? There is no version for ladies.

It is refreshing that every now and then someone has the audacity to enter the crowded arena of cell phone companies. In a world dominated by the big corporate companies cell phones all look similar and have the same functions. Being small means not having to be ruled by marketing teams that demand blandness. A new phone about to be released is the Brandeis Prometheus, made by a company across the Atlantic, in San Francisco. 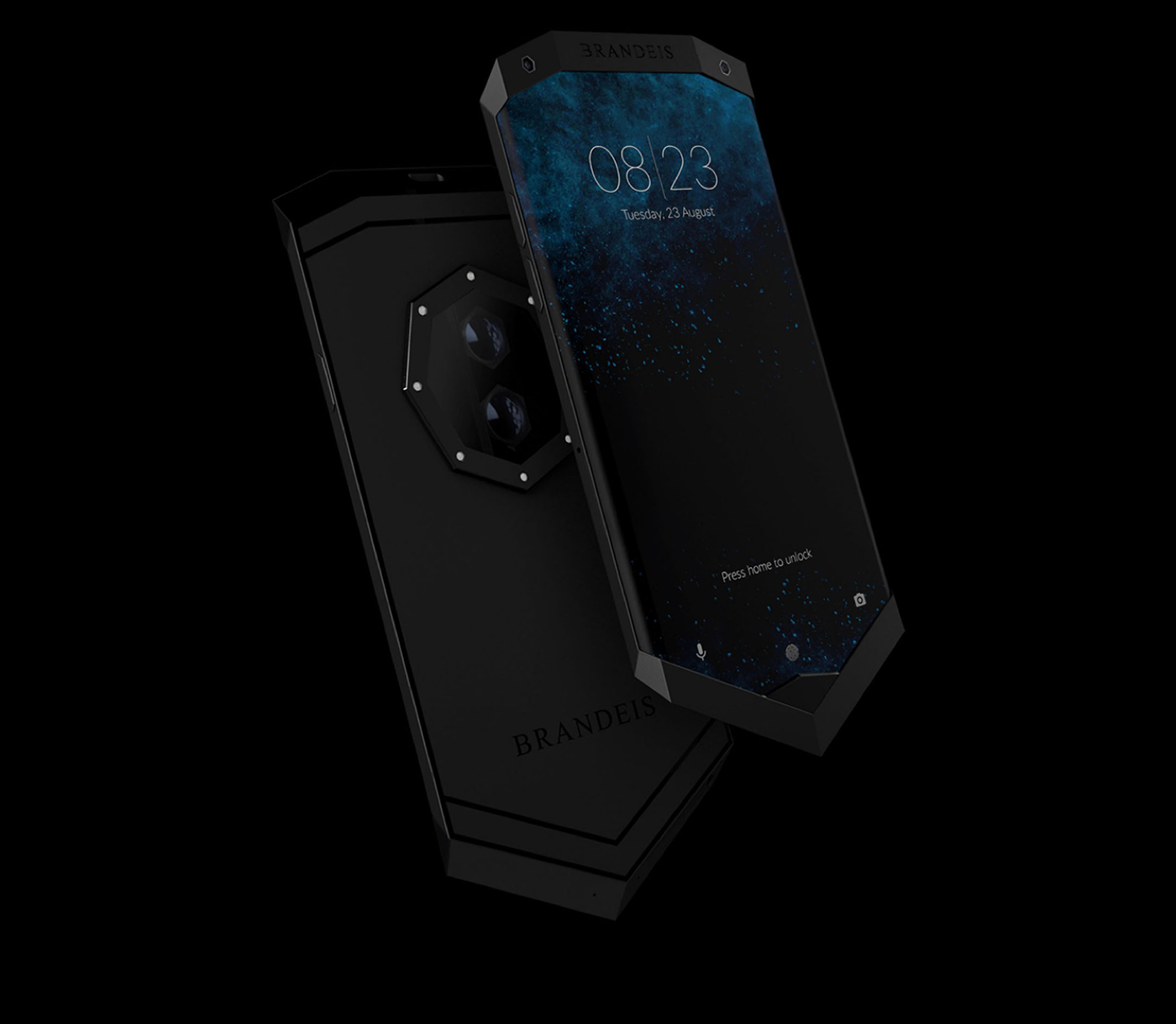 This phone is not only about looks, as the specifications show:
6" super AMOLED screen with 4K UHD resolution and Gorilla glass.
12MP camera with octa-LED ring flash.
Snapdragon 385 processor with 8GB of RAM, adreno 540 GPU and 256GB storage (that is better than some laptop computers).
Piezoelectric speaker.
3.500mAh battery with 50% charge in 15 minutes.
Dual SIM card slots, USB-C (this is the latest iteration) and 3.5mm headphone jack.
Android 8.0 (the latest version). 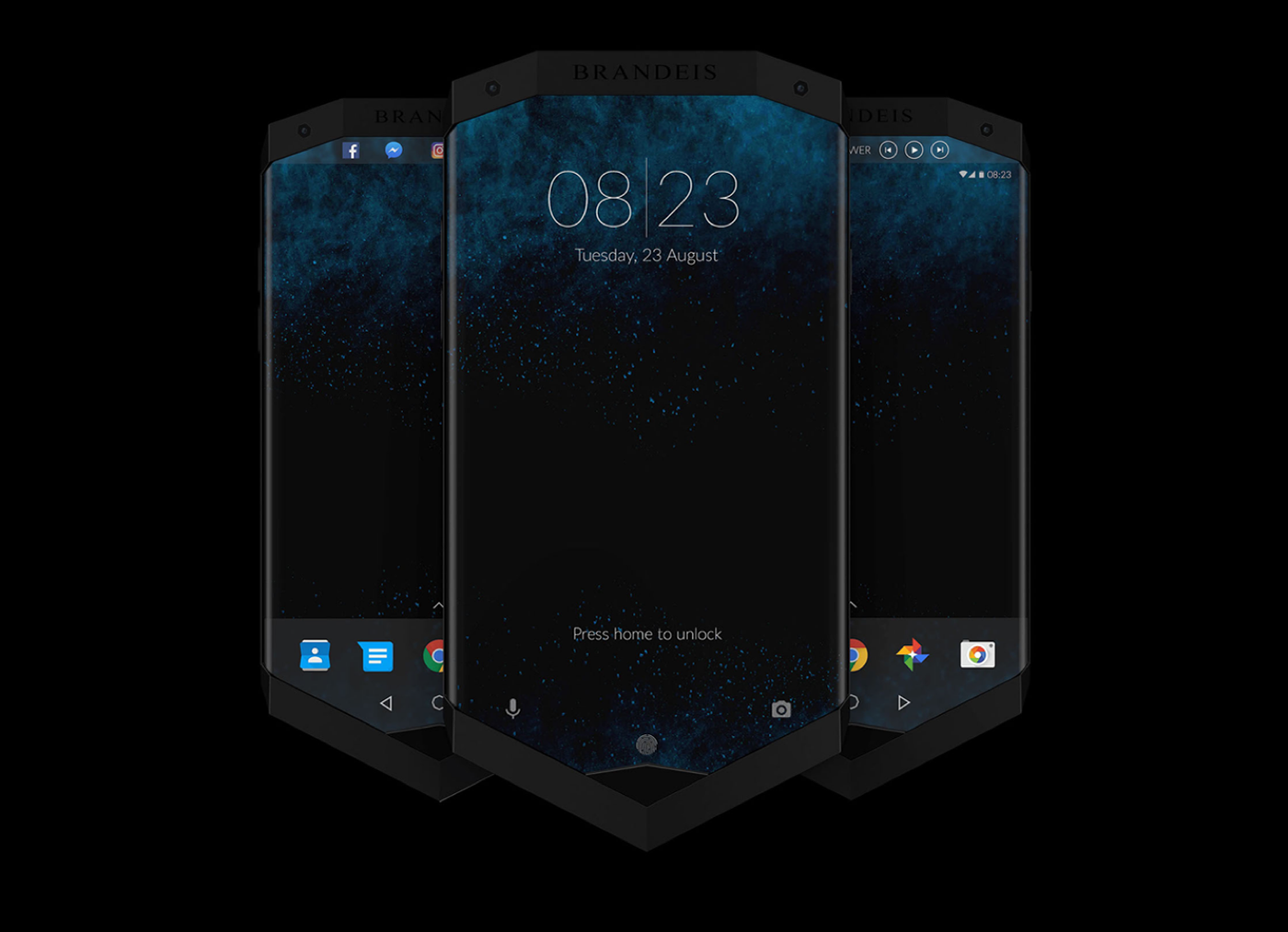 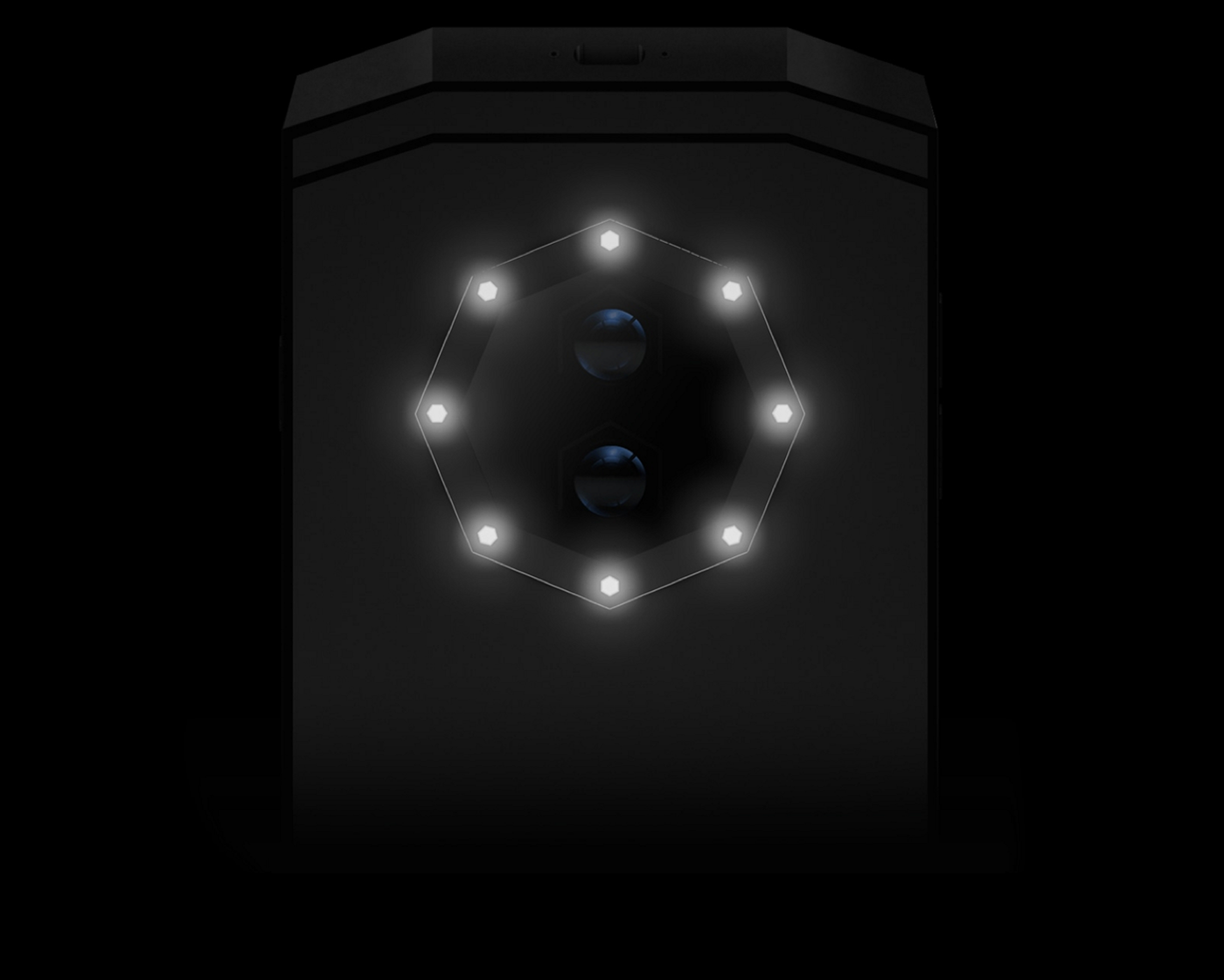 Check it out here:

Last week PD wrote about ring binding of notebooks. Irrational Ventures (PD loves that name) has launched its own version. It is really a system for staying organised as well as a notebook. 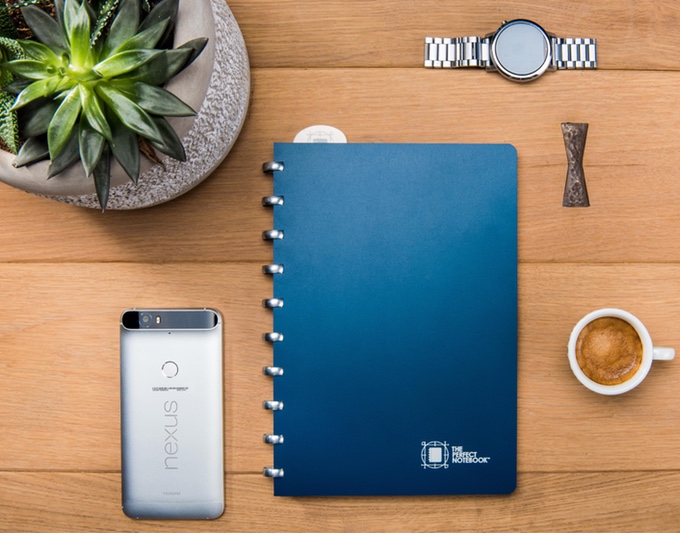 This animation shows how easily pages can be removed and inserted without damaging them:

As well as notepaper in grid, ruled and popular dot-grid patterns, there are a variety of pages to manage your day and goals. 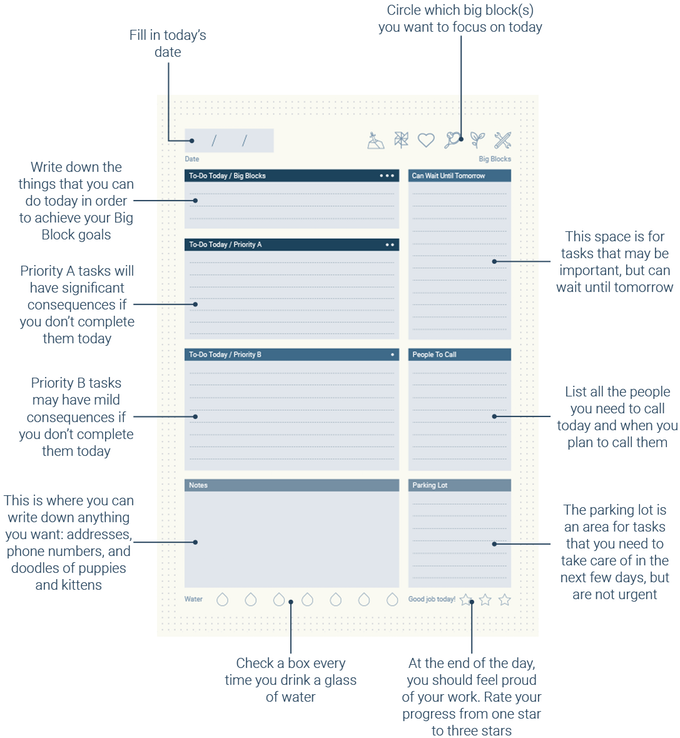 Additional note: By the way these guys are super! One person wrote to them, "It is too bad you are using blue ink. Blue is depressing. I have bipolar disorder and I have to be careful with blue. Green would have been perfect for me. The PDF version should be good for me because I prefer to type. My meds have made my handwriting almost illegible."

Guess what? These people are producing a green PDF version for her to use (and will make it available to others). Now that is a company that is responsive to people's needs.

There are several microscope attachments for cell phones, including Blips, Nurugo Micro and uPeek. The Blips, featured in PD issue 106, is the most compact as it is in reality a small lens that fits over the phone camera lens and may be stuck on and removed many times. The Nurugo is small, however it is held in place by a large clip. The uPeek is stuck onto the phone by a pad.

The iMicroscope R is interesting in that it is held in place by nano suction pads. These mimic gecko foot pads, the mechanism allowing this cute lizard to climb vertical surfaces and walk on ceilings. The advantages are that there is no glue, it is not tacky and can be stuck on and removed repeatedly with no residue on the phone. You will however need a phone with a camera lens that is flush with the surface.

As to the microscope itself, it is made from aircraft-grade aluminium using CNC machining. It has a mechanism to switch between normal camera mode and microscope, so that the microscope can be left attached to the phone. The only disadvantage that PD sees is that the flash would be covered. 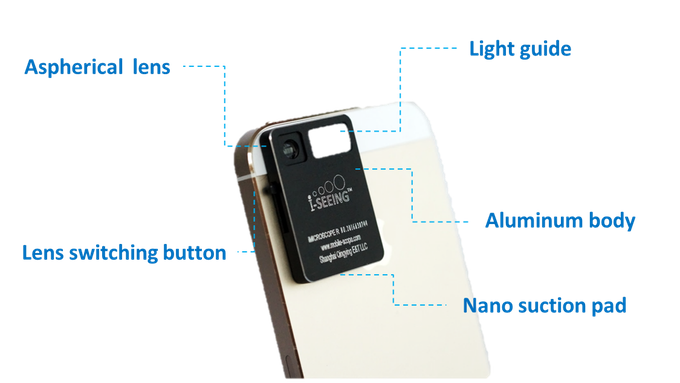 The magnification is 30-300X. There is an app for taking photographs, for both Android and iOS. There is an optional micro-ruler that should be handy. 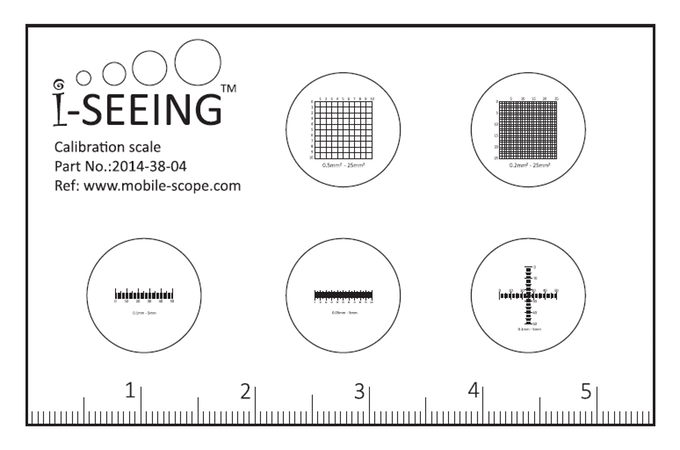 No, that is not the title of a new book. Those of you who write books, stories, articles and scripts know how hard it can be. Sometimes there is a storm of ideas and at other times there is a desert. Worse, a great idea comes to you while you are doing something else and then when you get a minute it has fled from your memory. Worse still, how do you gel several ideas into a coherent story? The Storyclock notebook may help you. Although made for film writers, PD thinks that it may also be useful for other writers. 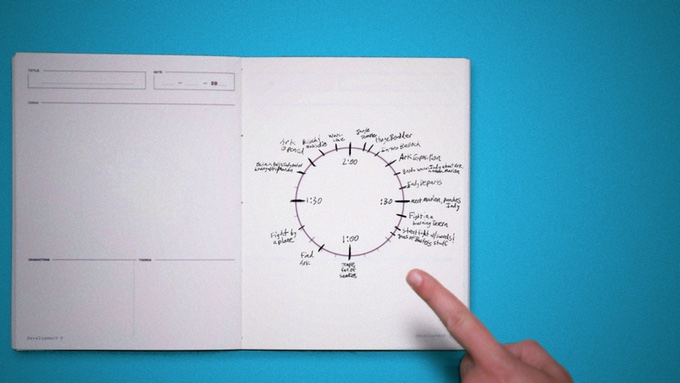 The idea is quite simple. Treat the clock as the length of your film/story/article/poem. Three o'clock is the quarter mark and so on. Put each idea roughly where it fits into the story. This not only gives you an overview but also shows you where the gaps are. You can use the left hand page to elaborate your ideas. 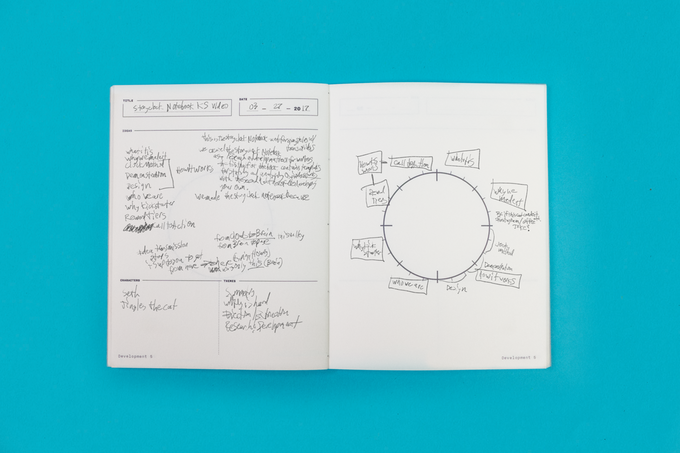 Simple and neat. Even if you do not want to buy the notebook check out Seth's funny video clip!

This one is for The Perfect Notebook lovers of beautiful old style contraptions with whirling gears. This project combines this with old fashioned flip-books that were popular in past times.

There is a choice of designs, including a beautiful brass model and a whimsical old hat version. 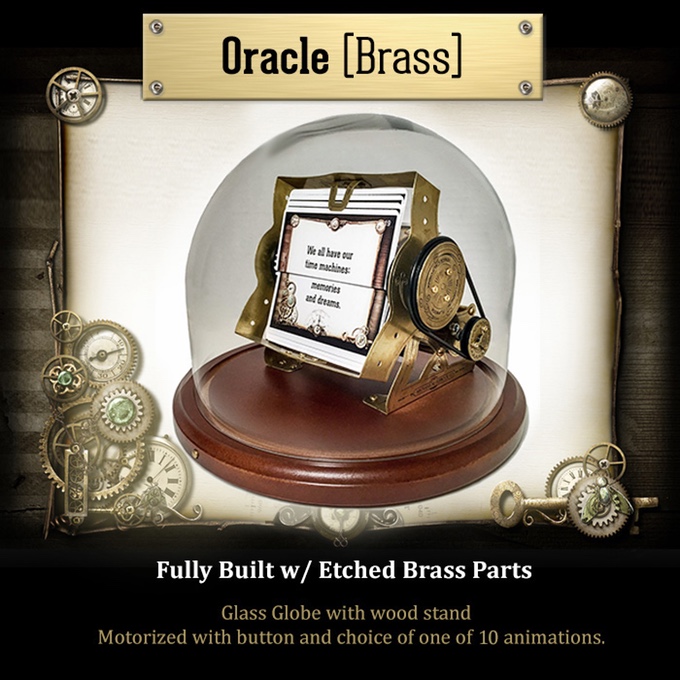 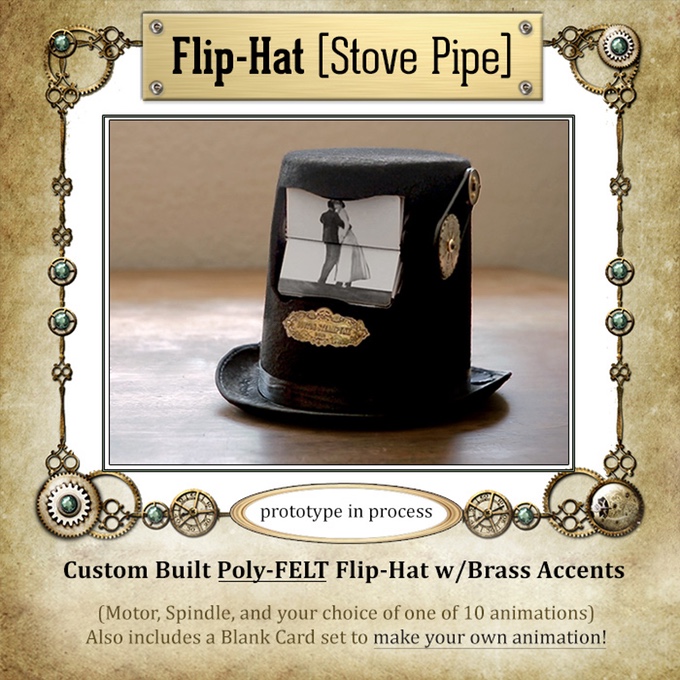 There is also a choice of animations.

You can get some old fashioned fun here: