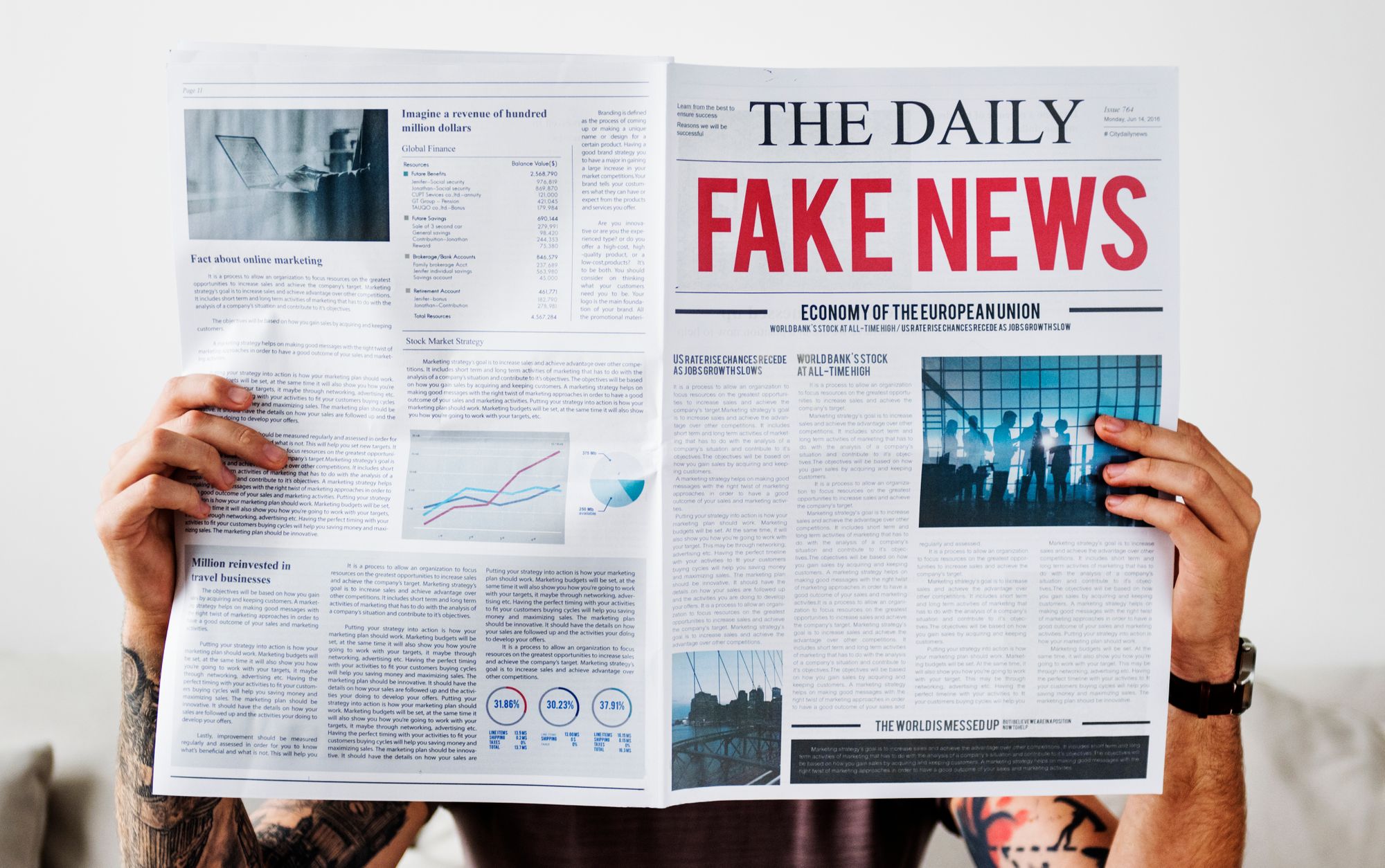 In part 1 last week PD examined what fake news is and why it has become a problem. Today there are several streams of fake news that have become really problematic, because people are acting on it and it shows how things can get dangerously out of hand. PD: Cool Things will not get into the politics of this, but will point out examples so that people can be aware of the problem and, PD hopes, and that people will try to educate themselves more broadly and to think, rather than following the throng. 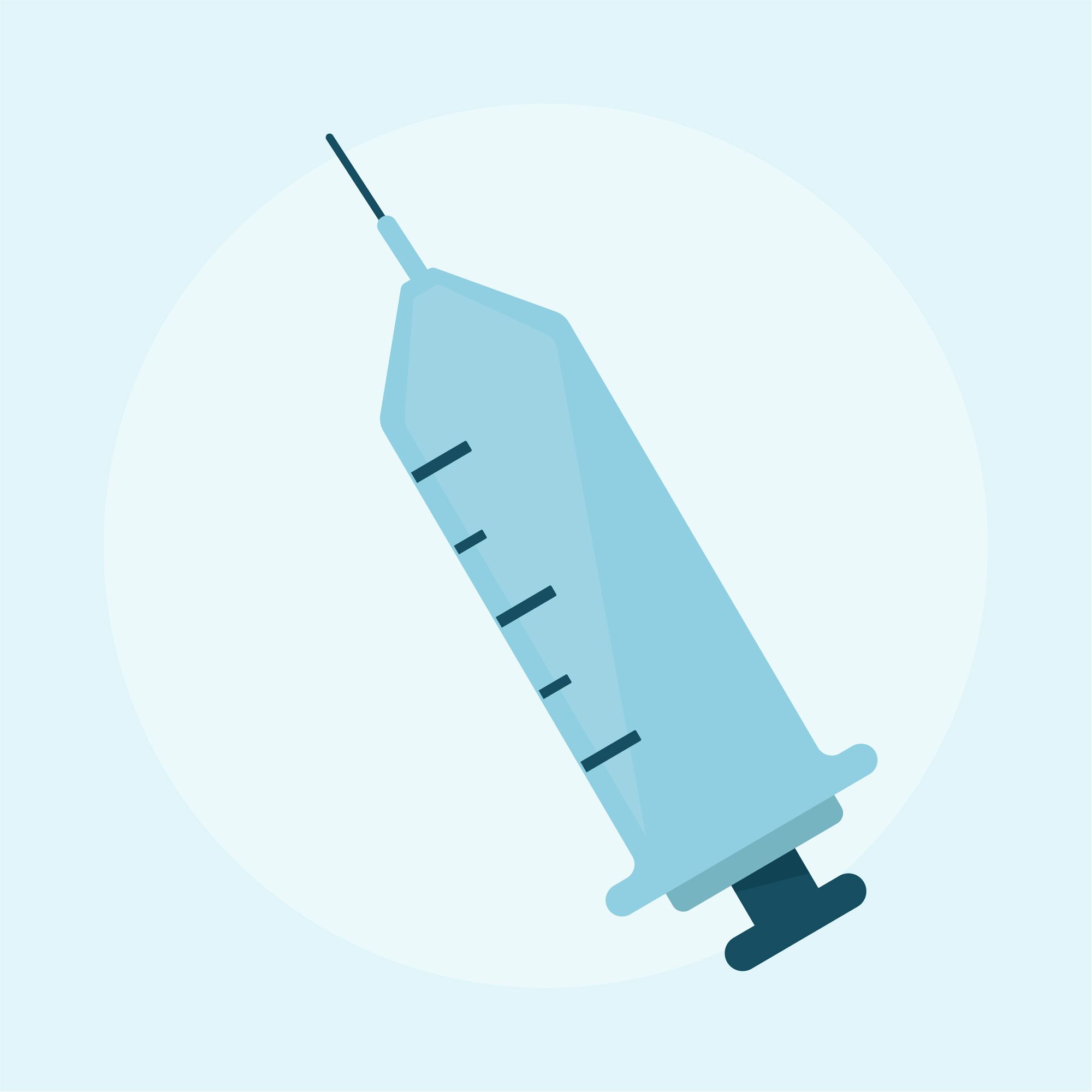 Fake news is not only political. It can also target health and safety. Despite overwhelming evidence for the benefit and safety of vaccines, the anti-vaccination campaign has been successful, leading to the rate of immunisation falling to such a level that potentially fatal diseases have made a come-back, and deaths have occurred. In this instance, parents who decide not to vaccinate their children not only put their own children's lives at risk, but also others. 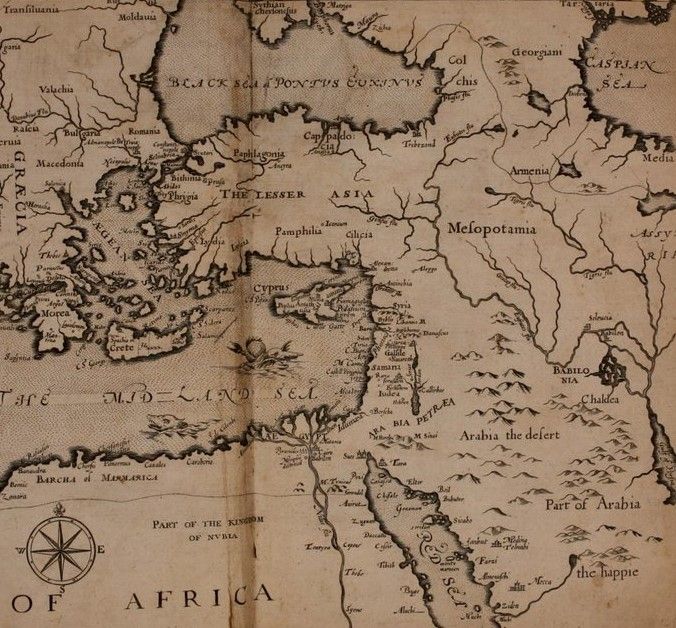 An even more successful campaign of fake news is that pertaining to the Middle East conflict, where governments, major news organisations, many influential non-government agencies and the UN have all bought into this pervasive fake news, so that aggressors are seen as victims and victims are portrayed as aggressors. Few have been bothered to check the huge number of records that debunk the accepted narrative (and that is what it is, a story devoid of facts). This has led to thousands of deaths and the perpetuation of a conflict that could have ended as soon as it had begun.

Next week, in the final installment, PD will discuss whether anything can be done to counter and reverse the plague of fake news.

Norway has some of the most amazing natural scenery on the planet. Preikestolen (Pulpit Rock) is one such place. This cliff rises 604 metres (1,982 ft) above the Lysefjorden. Atop the cliff, there is an almost flat top of approximately 25 by 25 metres (82 ft × 82 ft). 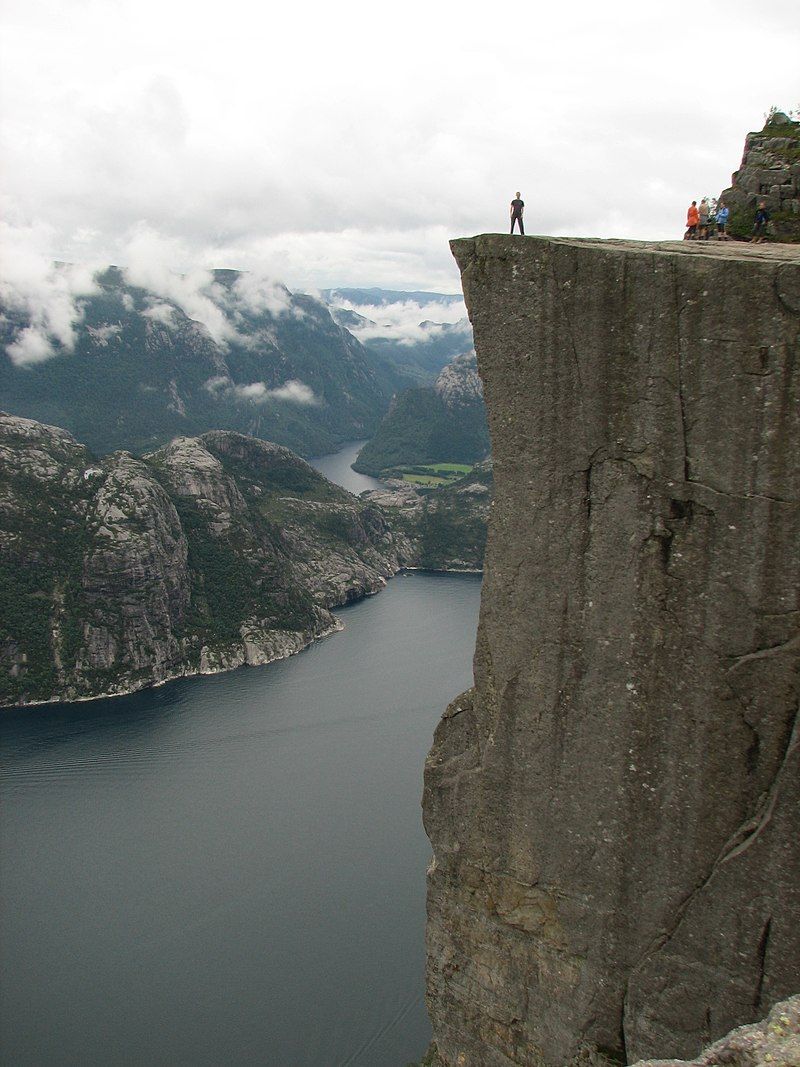 Architect Hayri Atak has drawn up a concept hotel with a pool, both of which hang off the cliff. Certainly not for the faint hearted. 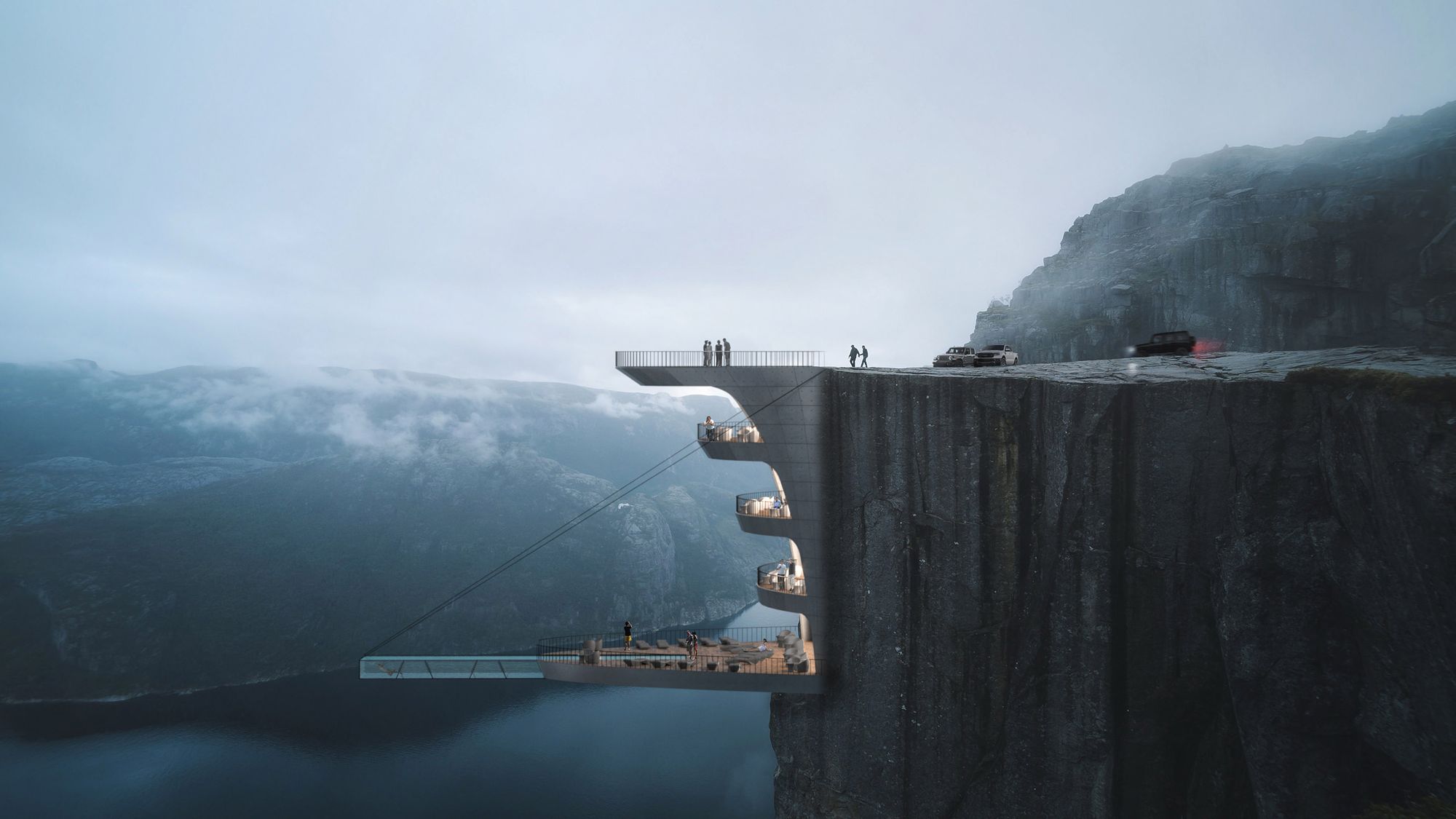 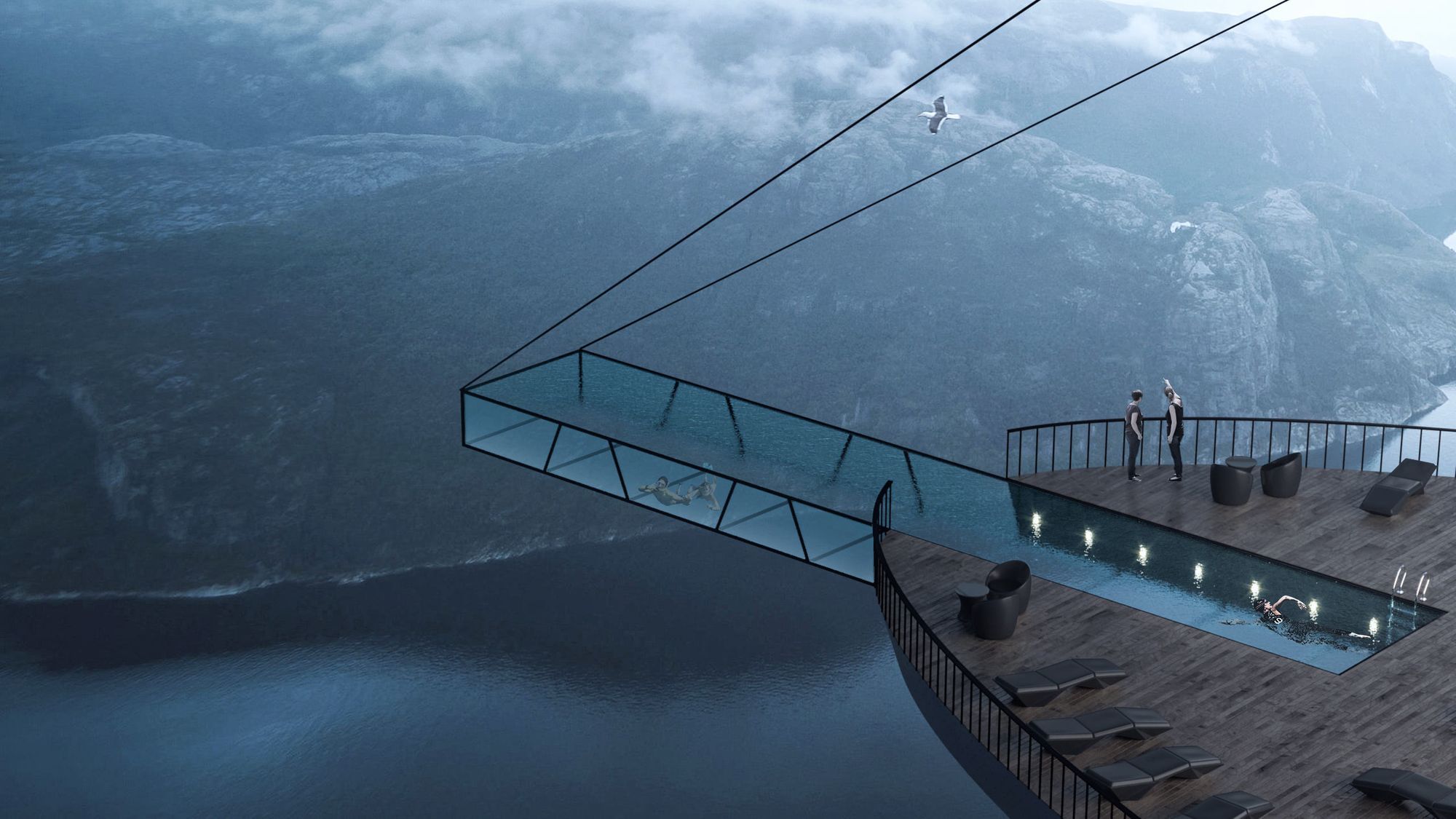 You can get to the area by bus, boat or car. 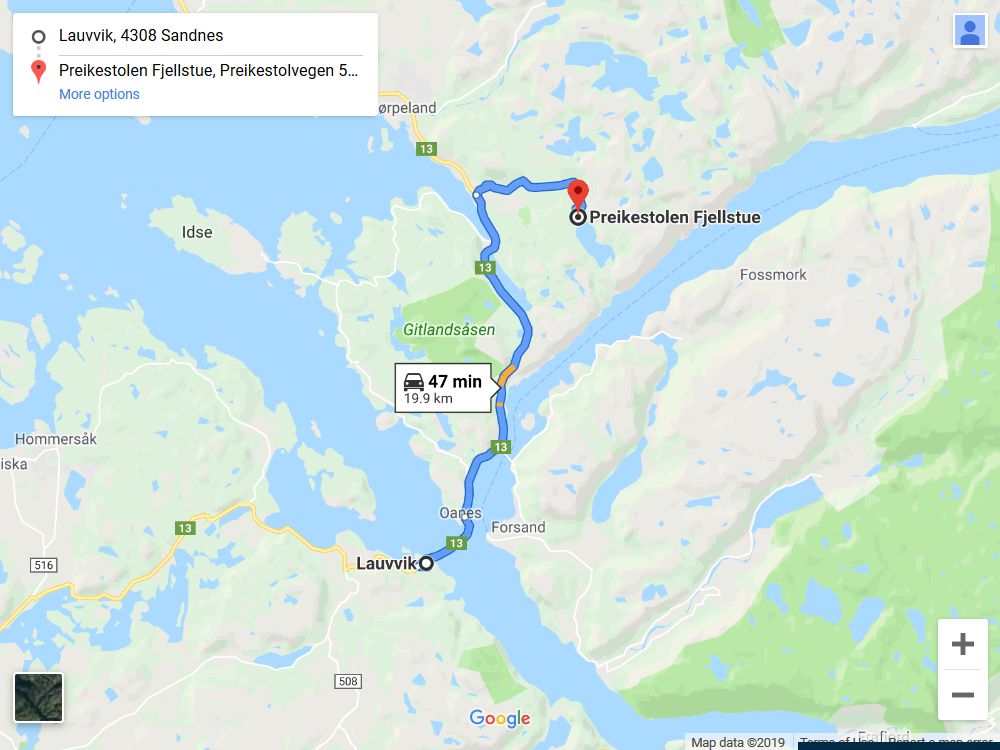 Meanwhile, if you want to get to the viewing point, it can be reached by a 2 hour hike. It is about 8 km for the round trip. 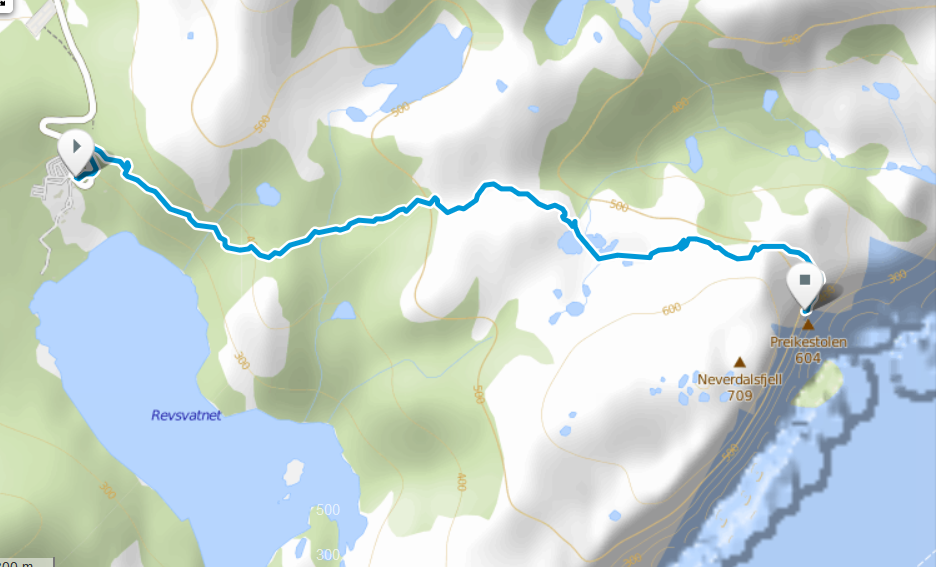 Take precautions. Wear appropriate clothing, including sensible footwear. Carry food, water and warm clothes; be prepared for a change in the weather, even in summer. Please note that the hike is rated as challenging, so you need to be fit. Also, there is no fencing on top, so caution is necessary when approaching the edge. 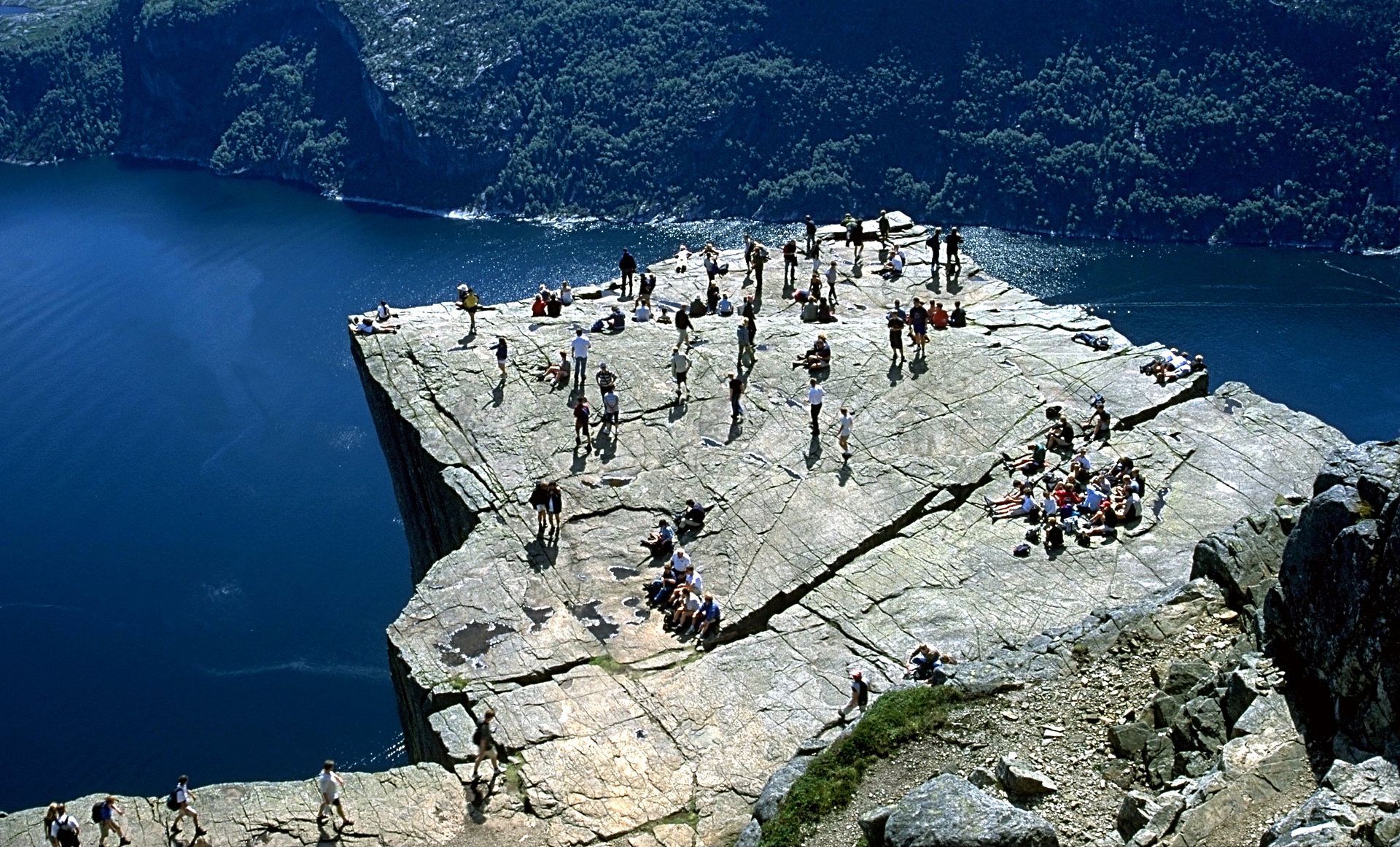 This is the latest product from Swiftpoint, the New Zealand company that made its name with a small mouse for travellers. PD had the original, released in 2014, which he used for several years before the battery finally called it a day. 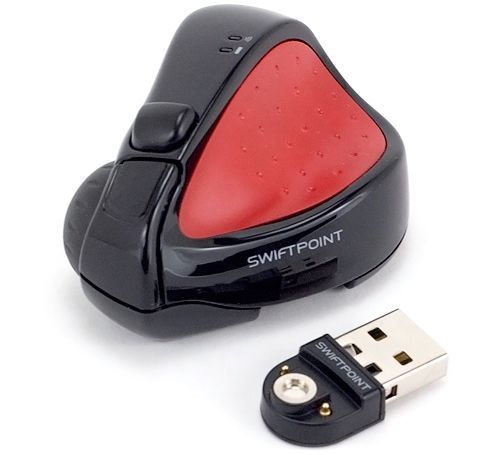 So what was it like to use? Amazing. It may have been small, but it glided easily and was intuitive to use. It was very comfortable too. It required minimal space to work - even the edge of the laptop sufficed, so it was great for working on aeroplanes. It was very reliable, and if it ran out of juice, a couple of minutes on its Bluettoth dock got it going again.

There have been a few models since then. Swiftpoint has now released its latest version, and it looks like being its best yet.

Somehow, Swiftpoint has managed to squeeze a presenter into this version, making it versatile for those on the road.

No, PD is not joking. Why should 90% of the population have all the fun? Fear not left-handed people, Field Notes Brand has come to your assistance! 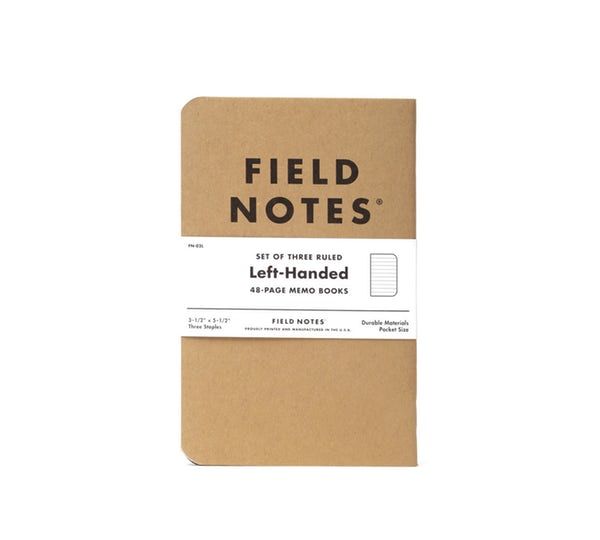 Field Notes Brand has printed these notebooks in reverse and moved the staples to the other side. The paper and content are the same. Also good for writing in Hebrew.

No, this item is not about police nor a fetish. This is serious stuff. Brent Garcia has been creating products to help you secure your loads on your car roof rack, trailer, back-pack and any other place that you can think of. It all started with the successful Fish Bone Knotless Gear Tie. 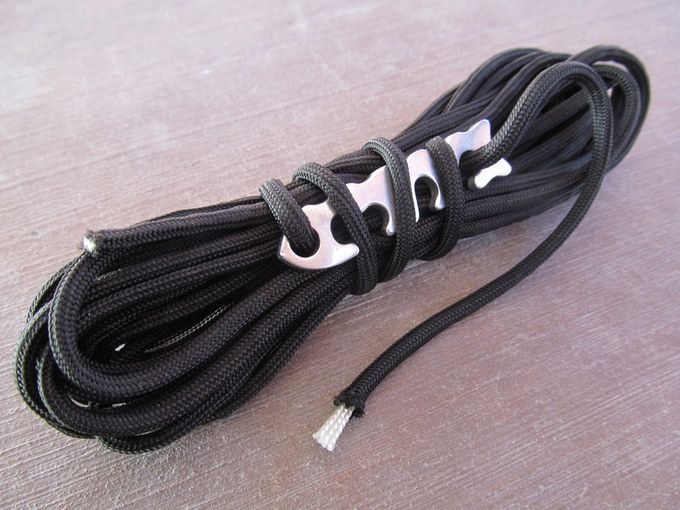 Apart from several further tools for securing loads, there was the popular Gravity Hook. 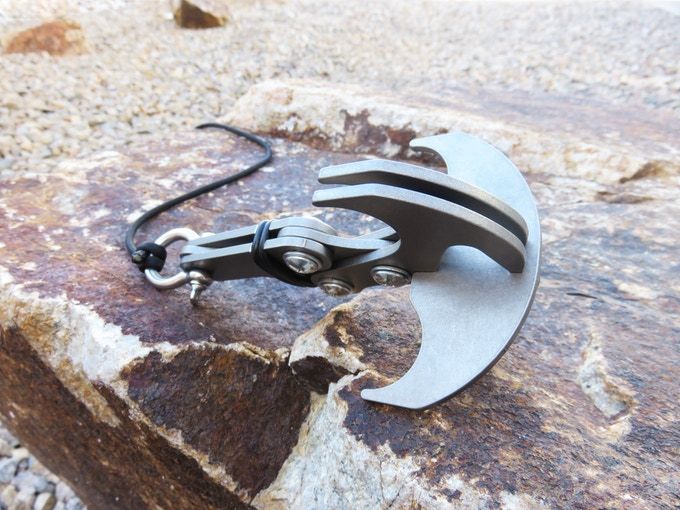 PD has several of his tools. They are well made and strong, and they do the job well. Unreasobable Shackles is Brent's latest project. These stainless steel shackles allow you to tension a load without fraying your rope. 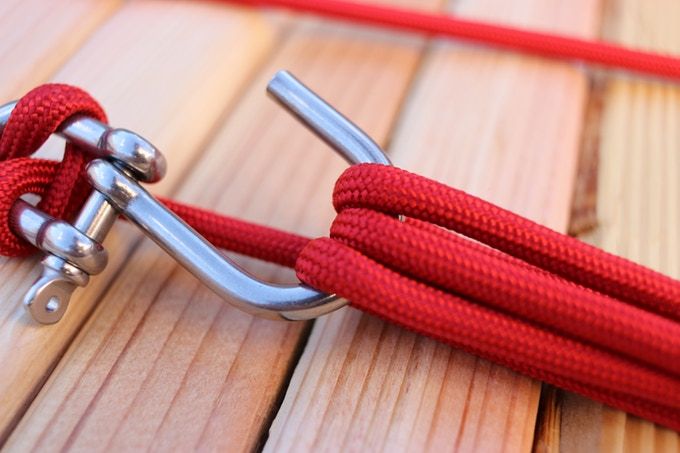 It consists of both "D" and "J" shackles, the latter allowing easy use compared to just using traditional "D" shackles. 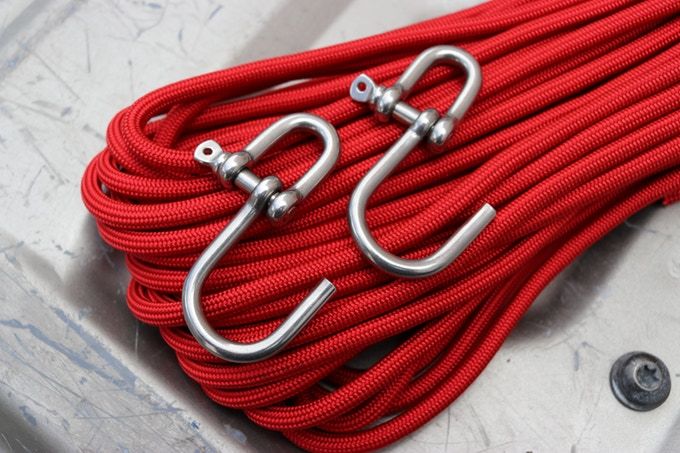 Brent always provides detailed instructions on how to use his tools.

Check out some of Brent's other projects here:

Have you ever read something and wondered what the writer was talking about? Like many things, writing well is a skill. The idea is for your reader to get to the end of a paragraph without hesitation and know exactly what the writer meant. 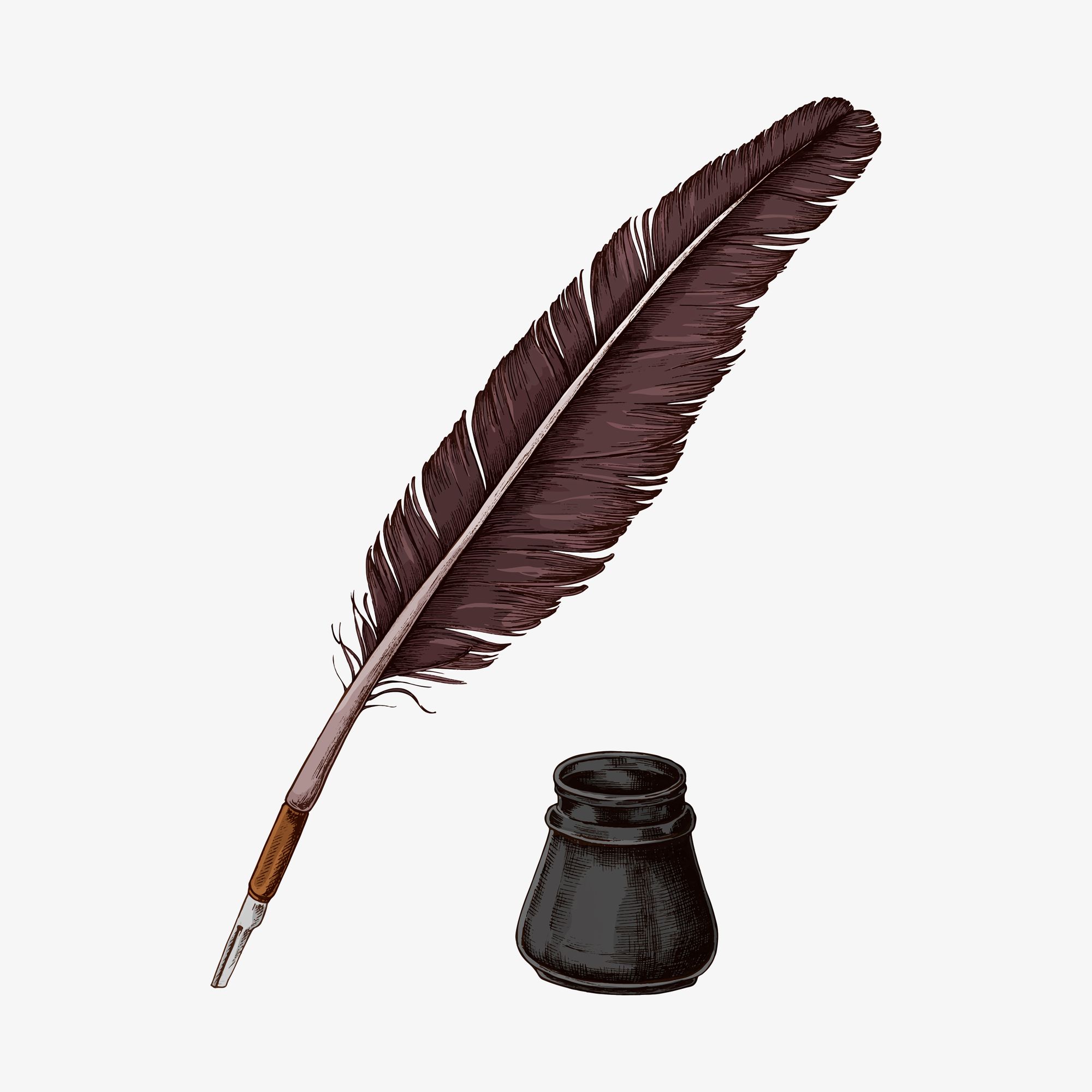 It means writing succinctly, using the smallest word that is appropriate. No flowery language. No fillers just to increase the length of the piece. Each sentence should convey a simple message. Do not repeat yourself. Do not try to sound "intellectual" - you may appear pompous! Rather, think that you are explaining something to a 6 year old.

And above all, know what you want to say before you start writing. Then, when you have finished, read out aloud what you have written. You may be surprised!

MISC.: Shotspresso: a real coffee in your pocket

Don't have time to make yourself a coffee or to drop into your local cafe? Working or studying late and wanting a coffee? Reach into your bag or pocket and reach for a Shotspresso. 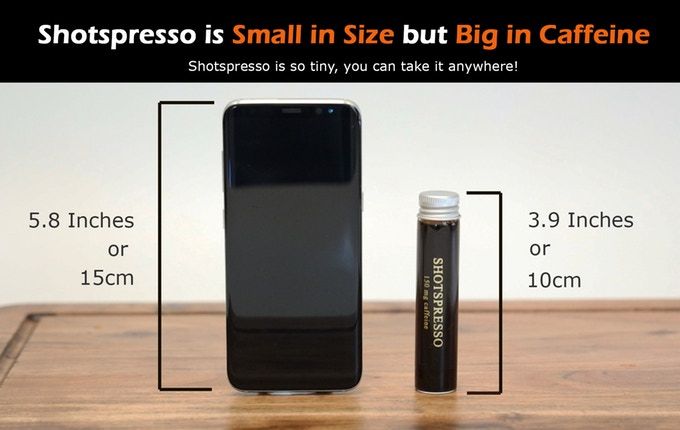 The coffee is made from 100% Brazilian Arabica beans which are graded A to AA+, with a Q-Rating of 80+. It is cold brewed for 24 hours. The vials are from glass, so the coffee will be free from added packaging flavours! 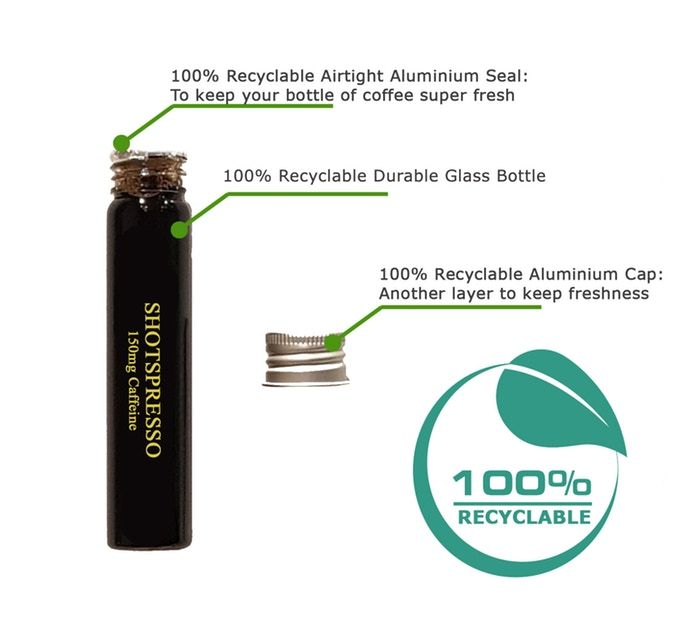 Speaking of flavours, 4 are available: 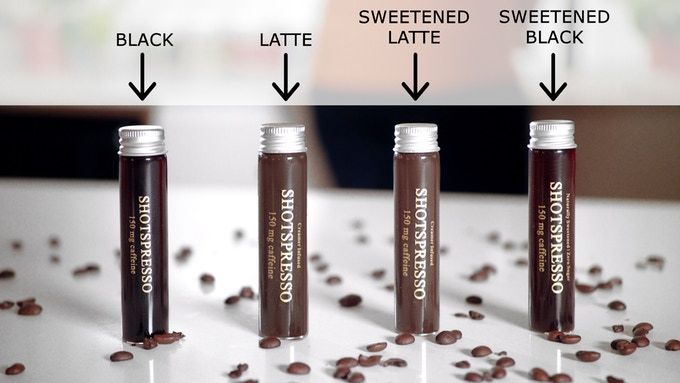 And for connoisseurs, you can even get a James Bond style briefcase with 60 vials. 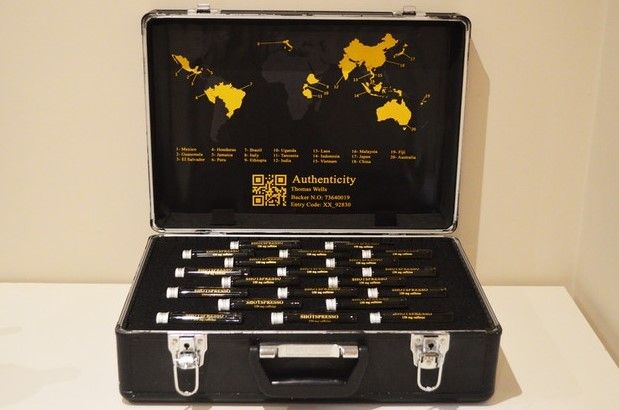 IMPORTANT: Each vial of Shotspresso holds 40ml of coffee, with 150mg of caffeine (a 200mg version is also available as a stretch goal which has been reached). For comparison, an average cup of coffee will have 30-90 mg of caffeine, however this varies a lot depending on how it is made and can exceed these values. Use coffee drinks wisely and do not use them to "keep going" when you are tired. PD's medical advisor states that coffee is not an "energy" drink. Also, before drinking coffee make sure that you do not have a health condition that may be worsened by it. Always consult your health care professional. This segment is for entertainment purposes only and is not to be taken as an endorsement to drink coffee. PD will not be liable for any effect, direct or otherwise, of you drinking coffee.

NEXT WEEK: What to look forward to 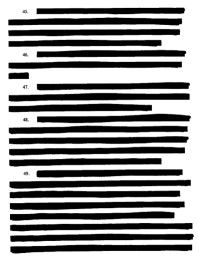 CONTENTS: Editorial: Fake news - the facts part 1. Travel: Travel tip: Why you should not put off your…